Lightning’s Girl is a DJork for Bjork presents:

Lightning’s Girl is a DJork for Bjork 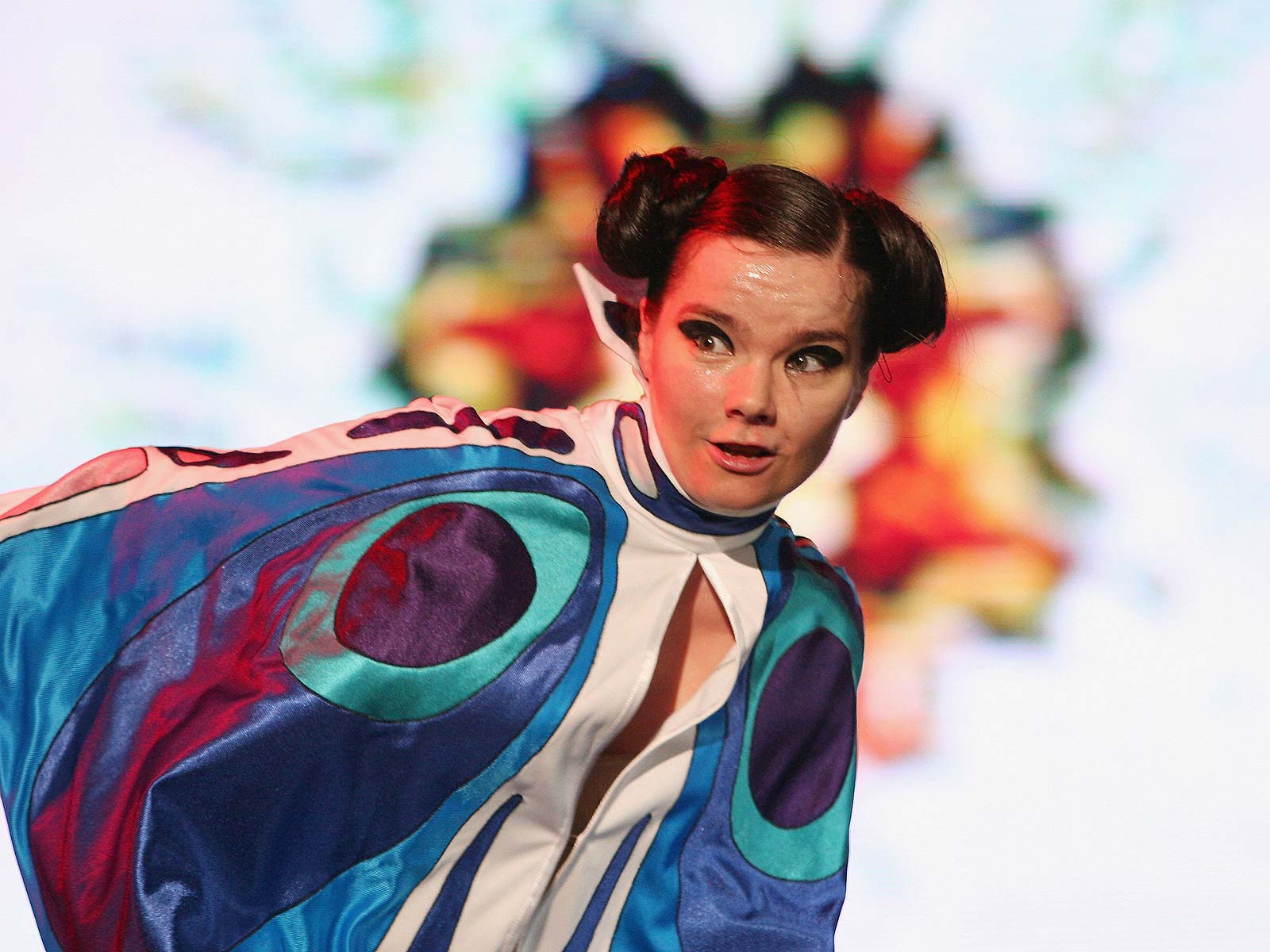 Growing up I had very few female roll models beyond my Mom and Laura from Little House and the Prairie. (don't ask about that one, its a long story that includes me actually wearing a bonnet, and often).

I was 17 when the Sugarcubes released Life's Too Good and the more I learned about the group, the more intrigued I became with Bjork. She was clearly her own person (ok, maybe more like an alien to me at the time), a version of punk that was much more colorful and sparkly than the handful doom and gloom alterna kids I went to high school with. As a young women who was feeling the confusing push and pull of her late teens and who I really was at my core, Bjork's timing in my life couldn't have been any better. She symbolized the very important point that you could be any mix of things you wanted to be…sexy yet childlike, look like a page from comic book, make your voice soar and grow, be in a band ….many things that weren't exactly fed to me in a daily capacity living in the suburbs of NJ. I saw The Sugarcubes play a few times towards the last few years of high school and have continues to follow her career ever since. Like many teenage obsessions, my passion for collecting all and anything Bjork has settled down, but I have remain a dedicated fan who still tries to keep up with all that she does. I even traveled to Iceland for the Sugarcubes reunion show a few years ago, my second trip to Iceland, a place I too have fallen in love with thanks to my introduction to it from that band.

When Alex (my DJ partner on air) asked if he could take off tonight to see Intrerpol, it timed perfectly with the release of the Dirty Projectors collaboration with Bjork. I then realized we had yet to do a show about her so I thought, the time is now. I own so many of her early projects – pre Sugarcubes, so many rare remixes and B-sides, that I have been able to put together what I think even the biggest Bjork fan would be impressed by. I didn't realize just how much I knew about her influences and various musical projects until I started to lay out the set list. I think out of 34 songs, 20 of them feature her in one way or another and only one of those songs are straight off her solo albums. The rest are rarities! It's nice to know all this useless information about Bjork that I have compiled since my youth will pay off into one darn fine radio show.


Tonight from 7PM to 9PM I will be offering 2 hours of all things Bjork…tracing her career from age 11 until now. I even dug up and song by her not so little boy, something I think few people in the states have heard! KUKL, Tappi Tikarrass, Bless, Megas….so much great material! I will be podcasting it so fear not, if you can't tune in at 97.3 in Richmond or stream the show live at http://www.wrir.org, you will be able to hear it eventually.