No Borders : The Music of Tim Hecker presents:

No Borders : The Music of Tim Hecker

Cause And EffectNo Borders : The Music of Tim Hecker 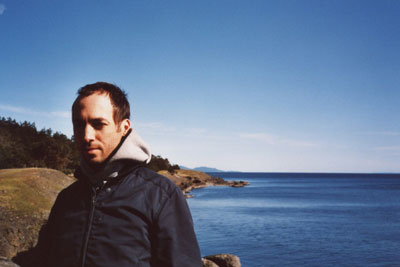 Tonight from 7PM to 9PM I will explore the music of Tim Hecker and the community of artists that help define the genre or lack there of that he belongs to.

Somewhere along the way I discovered that I wasn't just a music fan, I am passionate about sound in all its forms. As a child I used to play a game where I would close my eyes and try to count how many layers of sound I could hear starting from the closest to my body (heart beat, breathing) to the farthest away hum like a passing plane or the sound of my parents talking in the kitchen below my bedroom. I understand that to most people, the sounds discovered in an environment as they play out and carry on  in real time are not exactly a song, but to people like me, they are undoubtedly musical and interesting.

As an adult, after a stressful and exhausting day sometimes the last thing my ears want to hear is a traditional piece of music with a verse and chorus using the same notes and textures I have heard a billion times before and that carry a billion associations. In order for my mind to truly unwind, sometimes less melodic music plays the role of what others might use a "noise machine" for, you know, those electronic devices that reproduce the sound of the ocean or a steady rain.

And here is where I bring you to the Montreal electronic artist Tim Hecker.

I think there is a great deal of misunderstanding when people who are familiar with only traditional music are exposed to an artist like Tim Hecker. His approach to song writing (for a lack of a better term) is more like a sculptor who takes sounds and bends them into new an exciting forms. Less experienced listeners often don't hear music and because it comes from a record label, is released on the same formats as other kinds of music are, and are broken down into individual tracks, people have an expectation to hear something develop and play out in a more familiar and musical way. This isn't to say music by Tim Hecker can't be musical, it just doesn't follow the same rules that traditional song structures follow. If you think of it as something more organic yet pruned (like a Bonsai tree) and shaped just so, it becomes a totally different listening experience and a wonderfully adventurous one at that. Without the same boundaries and limitations that Pop music carries, ambient / drone / soundscape artists move out into much wider, more exotic places. As a person who listens to music of all kinds every waking hour, music like Tim Hecker's can actually be like a palate cleanser to my ears and mind.

I have been going through an incredibly stressful period in my life and I have to confess that the weeks leading up to this radio show spent living in these other worldly spaces of sounds has been a remarkable and joyous escape. I owned a minimal amount of this kind of music before (Eno at the top of the short list) so each journey towards investigating the music Tim Hecker has been involved with or inspired by lead me down new paths. Admittedly, not everything was something I loved but I think the most interesting thing about working on tonight's show is how differently I find myself to listening to everything around me. Hopefully tonight's radio show will offer a hint at some of the best examples of Tim's work, the music that inspires him, and the highlights from artists making music within the same sonic canyons.