Cause And EffectCause & Effect: Indigo Girls 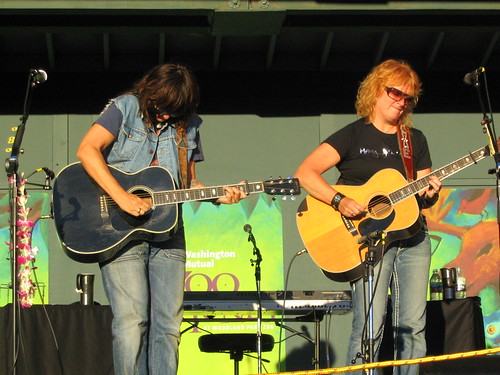 Amy Ray and Emily Saliers met in the sixth grade, and begin playing music together in high school. For several years through and after college, they worked their way up the singer/songwriter ladder, eventually landing a deal with Epic. Their eponymous album garnered a Grammy for Best Contemporary Folk Album. However, despite a healthy 25 year career, the duo has remained semi-underground with word of mouth and a rabid fan base keeping them afloat. The traditional commercial record machine with radio promotions and music videos has never really been their thing. As Emily once said in an interview, “we would rather just build it slowly, grassroots, and have people know us for the whole scope of our music, rather than be known by one song.”

Their success in the early 90s opened the door for more artists with political messages, or at least not vapid messages, to have careers in the spotlight of the popular music machine. In addition, they were instrumental in making Sarah McLaughlan’s Lilith Fair a collaborative and career-boosting event for many female singer-songwriters who may otherwise have never been discovered by the general public.

Tonight we look at their influences and those they influenced.