Kick off your Memorial Day weekend with a very special edition of Global A Go-Go: a live, in-studio performance by Carbon Leaf.  They're back home in Richmond after a Navy Entertainment tour that took them to Bahrain (pictured below), Djibouti and aboard the USS Eisenhower in the Red Sea.

Carbon Leaf is one of the most accomplished and successful bands that Richmond has produced in the last 20 years.  While no one has ever called them a "world music" act (of course, lots of people think my program isn't a "world music" show either, starting with me), their sound has always been prominently influenced by Celtic folk and rock, staples of the Global A Go-Go catalog.

On their current album, Ghost Dragon Attacks Castle, those Celtic roots are at the forefront.  Carbon Leaf will perform several songs from Ghost Dragon and some others as well, and we'll talk music, business, travel and Brazilian polka metal, among other things.

Thanks in advance to the band for working Richmond Independent Radio into their busy schedule, and to WRIR volunteer Richard Schellenburg for engineering the live set. 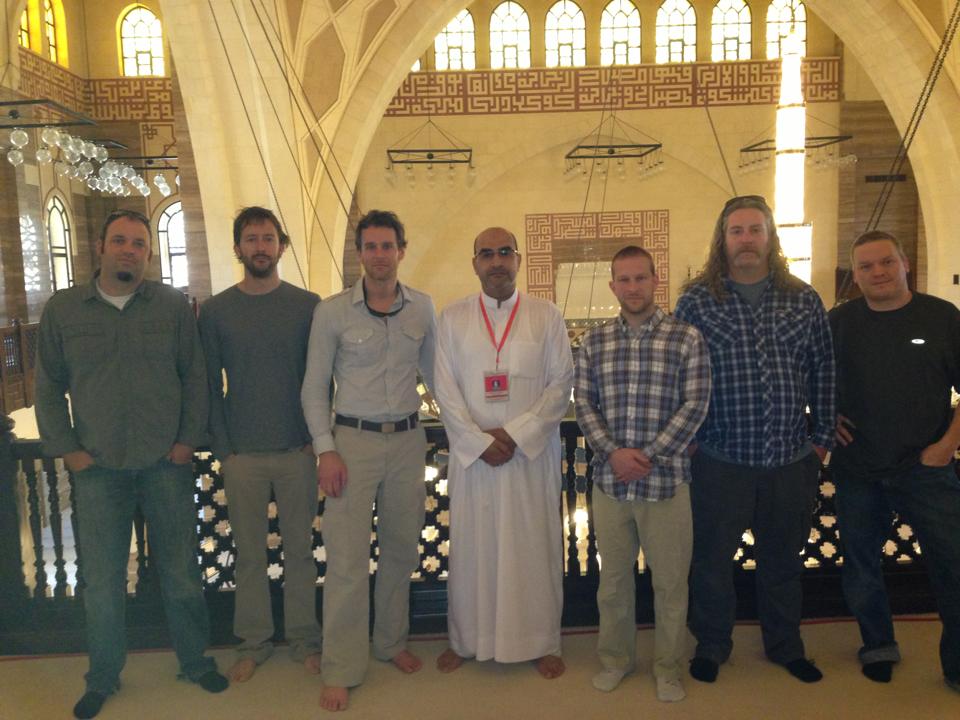 Here's a little bonus: a video of Carbon Leaf's "The War Was In Color," some excellent Memorial Day viewing and listening.