Horsehead Nebula: Revenge of The Dads 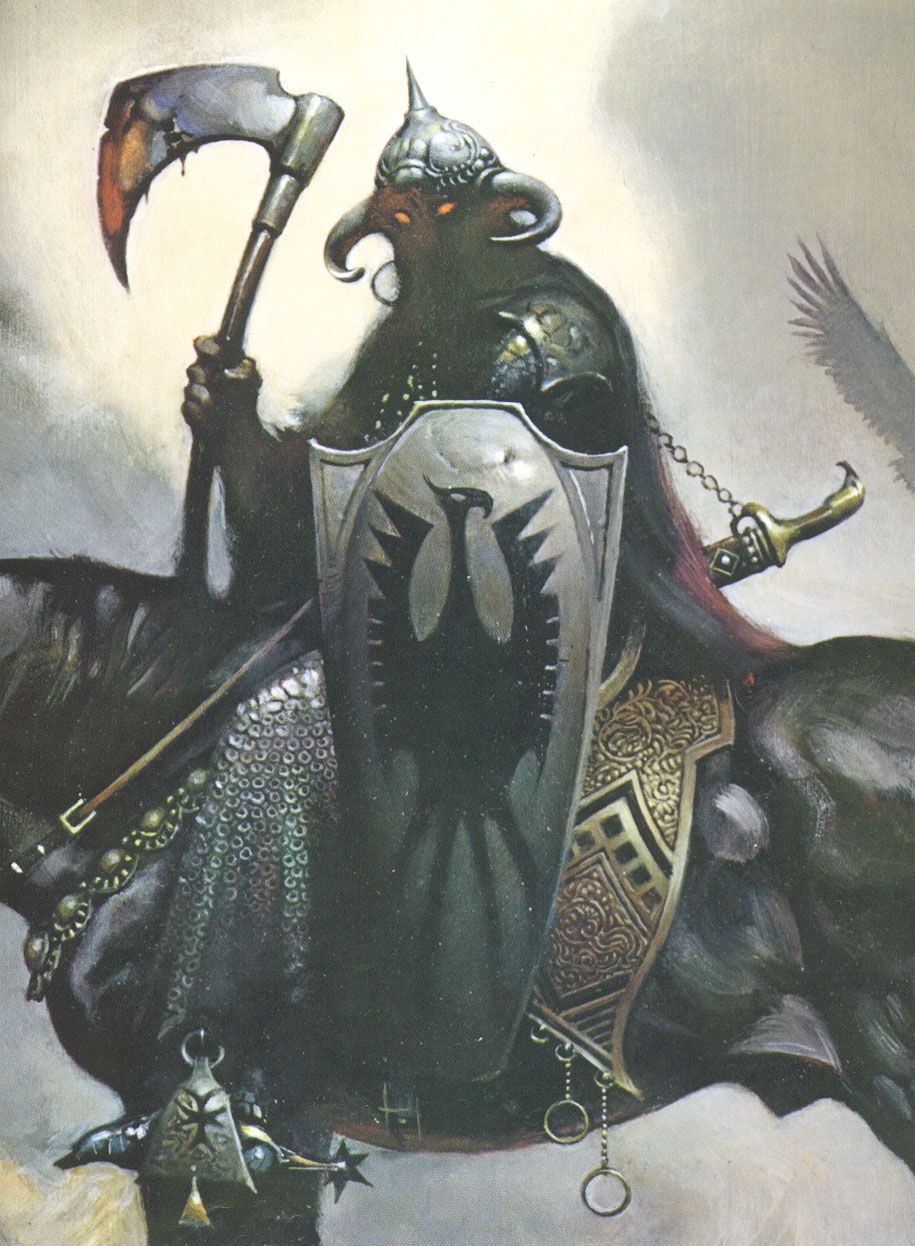 Tonight's show sort of soundtracks a videogame concept I came up with while wondering around Texas Beach this past summer:  An RPG (Videogame) in which each cahracter in your party is representative of a progressive rock act from the 70's.

You'd start out with what I consider to be the four seminal (or, at least, my favorite) prog rock bands of the era:

King Crimson, a powerhouse who wields tridents and spears, relying on critical hits to take out enemies.  He'd definitely wear a sick helmet, with horns and a dragon's mouth and bat-ears.  When your part eventually travels into the future, you're able to aquire The Three of a Perfect Pair Armor: A blue and yellow track-suit.  Your helmet would take the shape of the symbol on that album's cover.

Genesis, a well-rounded warrior wielding a broad-sword.  His abilities change depending on wich of Peter Gabriel's costumes he wears.  Obviously, you'd start out with the fox wearing a dress.

Yes, a skilled archer who can eventually upgrade to cool stuff like a crossbow, or a cannon, or something.  Eventually you can get some sort of rythmic machine gun representative of Bill Bruford's drumming.

Gentle Giant would be a mage, or a sage, whatever you want, dealing with elemental and healing magic.  The character would literally be a giant, and would have the ability to summon a giant octopus.

Then You'd have your extra characters.  The show's only so long, and there are so many bands.  For instance, I emvisioned an entire metal-expansion featuring the likes of Metallica, Baroness, Mastodon, and Meshuggah.  Dave Mustaine would ride a pony.

Not all of the bands that follow are 70's prog-rock bands:

Conan, a straight heavy-hitter weilding a battl-axe.  While lacking in agility and speed, he's one of the most physically powerful characters in the game.

Pink Floyd, a time wizard, able to manipulate time in battle.  He can slow down enemies, speed up allies, stop time, and, with enough leveling-up, reverse time in battle.  His time-traveling abilities are integral to the plot at some point during the game, when your party travels into the future and finds…

… Wishbone Ashe.  I've based his entire character off of Argus, the only album of theirs that I've heard.  A well-rounded warrioe, like Genesis, albeit with a more forward attack proicedure.  You'd find him at the top of a mountain, grieving about times past, times that you're party is from.  Upon discovering this, he'd be eager to join your party, but not before a sparring match to determine that you're worthy of his company.

There'd be a special section in which you can choose to face off either Enslaved or Opeth.  I always considered there to be a sort of duality between the bands.  Both started in genres that of extreme metal that already hade a duality between them (black metal and death metal, respectively) and moved towards a more progressive style.  It'd be a fork in the road, and the path you take will depend on which band you choose to battle.  Defeating ENslaved will lead you towards more black metal bands, and Opeth would lead you towards more death metal bands.


That's all I've got.  Thanks for reading!  Make sure to check out our fund-drive!