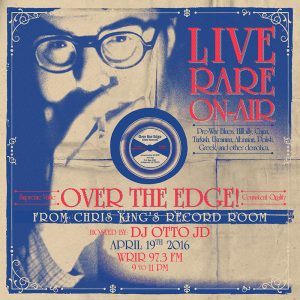 Tonight I will be in very rural Virginia, broadcasting from Chris King’s record room and production studio located in his atmospheric 19th Century farmhouse. Chris is a five time nominated Grammy Winner and a internationally recognized 78 collector, ethnomusicologist, and engineer of historic recordings with credits that include Third Man Records, Thompkins Square and County Records.  He has been published in the Oxford American and is presently working on a book for W.W. Norton & Company on Northern Greek folk music.  He was also the subject of a recent New York Times best-seller, “Do Not Sell at Any Price, the Wild and Obsessive Hunt for the World’s Rarest 78 rpm Records,” written by Amanda Pertrusich.  His latest collection, “Why The Mountains Are Black: Primeval Greek Village Music, 1907-1960” is issued by Third Man Records.

He and his lovely wife Charmange are also part-time Richmond residents and they are regulars at many  of our major Richmond cultural events (Chris’s serves with me on the programming committee for the Richmond Folk Festival for instance).

Bottom line, Chris is one our brightest stars.

What are you going to hear tonight?  Rare prewar records from around the world (blues sting band, Greek folk, various Eastern European, Balkan, and Mediterranean music) coupled with early fifties European folk music recorded by Alan Lomax while he was on the run from the infamous House Un-American Activities Committee.  Think beauty, weirdness and strong sense of another world, another place.

Set list will be going up during the show, if the internet creek don’t rise, but otherwise on Wednesday.

Please consider donating to WRIR during, before or after the show.  In many respects this broadcast represents the best radio we aspire too and is the fullest expression of our goal at WRIR to bring the richness of the Richmond community into our studios and back to you.    A $150 donation gets you a Triple Stamp silk screen press of the show poster above…. Otto Konrad.  aka DJ Otto JD. 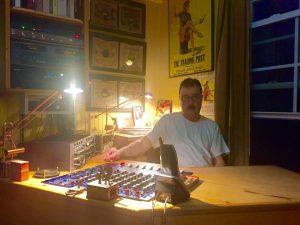 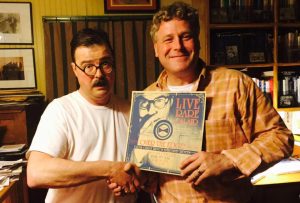