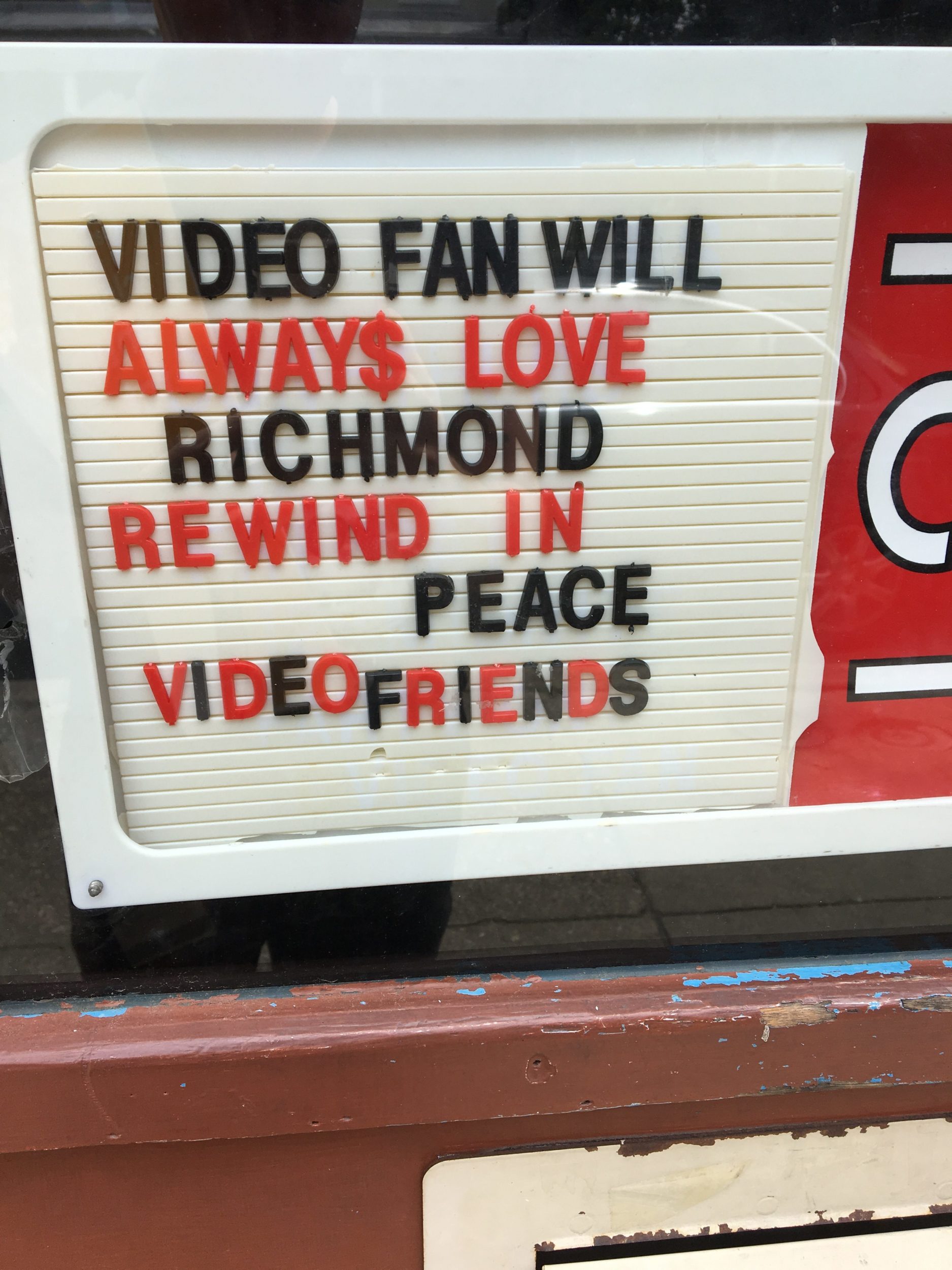 This week has been a bit heavy. The line-up for this July’s WRIR and The Commonwealth of Notions Presents was announced via Dust Up Magazine. The initial support for the event is greatly appreciated and we will have a number of weeks to prepare for the seventh volume of this festival.

More importantly, a long standing Richmond institution called it a day. After 31 years, Video Fan has shut it’s doors. As someone who spent their teenage years working in a similar storefront, it’s a sad day for the community to see a mainstay in the community reach it’s conclusion. Nonetheless, today’s program will be an exploration of music that I identify with cinematic-ally. This will include songs that are from several of my favorite movies and a number of songs from bands in town that share similar qualities.

I hope you enjoy the set and RIP Video Fan.

Look below for the playlist!