How to eat through a tube! with Brice and Noah Page 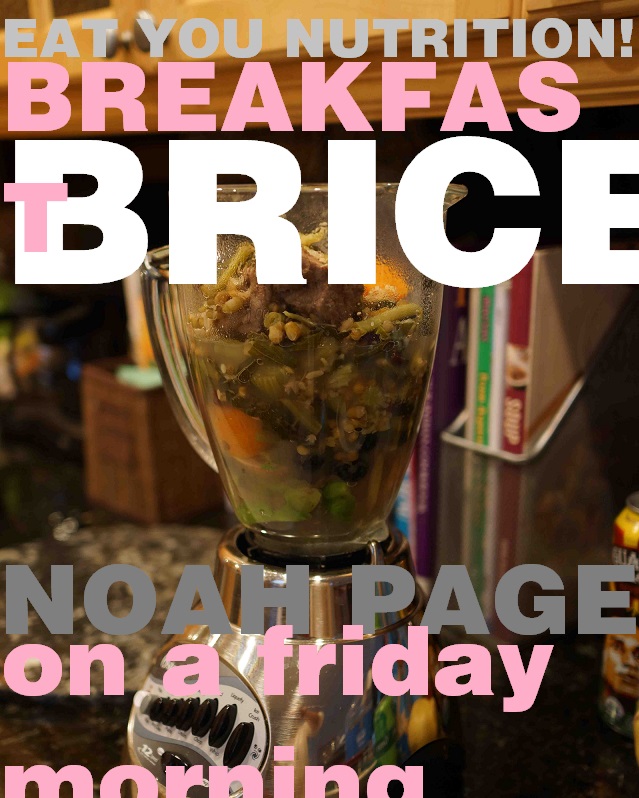 And not just any Friday. It’s Face Melt Friday. You don’t have to like it. You don’t have to go. No one cares. But just in case: we’re blending that breakfast right up for you. Don’t worry, dude. After you face melts off, you’ll be all set to eat through this tube. It’ll be fine!

Eggs. Bacon. Sausage. Rye bread. It all goes right in the blender for you this morning.

So a special show, for sure. Noah Page, from a special show airing LATE Wednesday nights that’s too secret to talk about here, plays some of that nonsense you like so well for the first hour. And you know how it is. You dance. You rap at the radio. You get that cereal bowl SMACKED OUT OF YOUR HAND BECAUSE I ALREADY TOLD YOU TO DRINK THIS BREAKFAST SMOOTHIE. Then comes Brice. Straight from the Mid-Atlantic. Arriving in the Mid-Atlantic. Man of radio myth. Man of radio legend. He’s dipped his cup once again into the monster pit of our city’s rap legend and he’s got another HOT CUP of THIS STUFF to pour RIGHT ON YOUR FACE. Don’t worry, it’s supposed to happen. It’s Face Melt Friday.

And hey, listen. I don’t want to scare you. Getting your face melted it a good thing. You’ll like it. It’s nice. Now DRINK THROUGH THIS TUBE!

The way each of these charming, handsome gentlemen spins a show out of practically NOTHING has impressed us all time and again already. Now they join forces as they prepare to abolish your ears to the plane of myth. DON’T LISTEN IF YOU LIKE YOUR FACE.