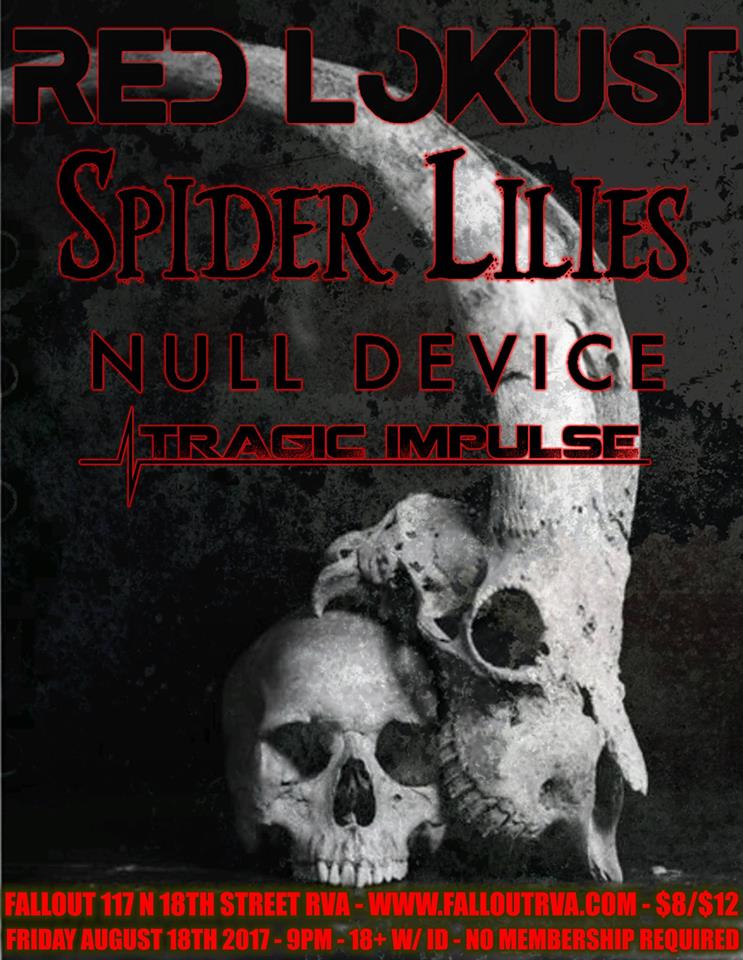 we get tonight’s show started with a whole bunch of bands playing in RVA and the surrounding areas in the next two weeks…we’ll hear from Red Lokust, Spider Lilies, Null Device, Tragic Impulse, Xeno and Oaklander, Technophobia, Void Vision, Ships In The Night, Hindu Pez, and Little Black Rain Clouds!

plus, we will hear new music from Nine Inch Nails, The Barbarellatones, Tiwanaku feat. Alex Webster, and Gravehuffer!

all this and so much more, including your requests!