THE SOURCE RETURNS! On Friday’s season opening edition of Open Source RVA, host Don Harrison talks about the violent white supremacist rally in Charlottesville with one of the heroes of the day, Tyler Magill, who suffered a stroke after being hurt by Neo-Nazi protesters. Among other things, Tyler talks about what happened when white supremacists marched through town the night before their scheduled rally, the actions of the Charlottesville police, and the role that Antifa groups played in protecting counter-protestors during the deadly violence. We also speak with Landon Shroder and Madelyne Ashworth from RVA Magazine. They’ve been closely monitoring hate groups and the rise in regional white supremacists, and offer their thoughts on whether a similar violent event could happen in Richmond. We’ll also have a brand new installment of Curtain Call, our bi-weekly look at Richmond’s theatre scene, produced by the Richmond Theatre Critics Circle. On this edition, Rich Griset and Jerry Williams interview… themselves, and spill the beans on what it takes to be a theatre critic. GET WITH THE SOURCE, AIRING AT NOON ON FRIDAYS, on WRIR 97.3 fm Richmond Independent Radio and http://www.wrir.org. 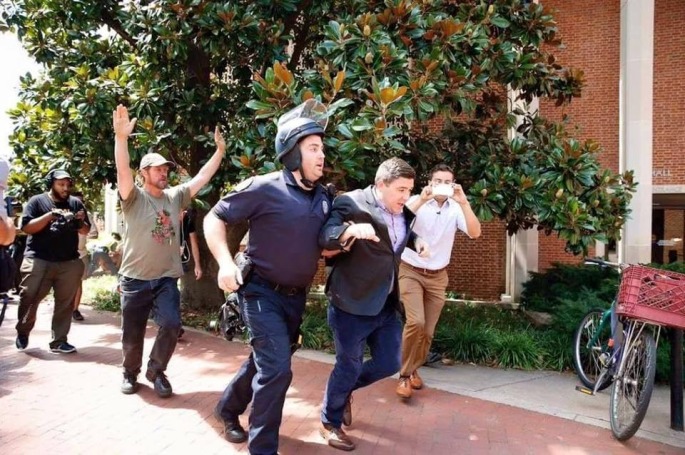