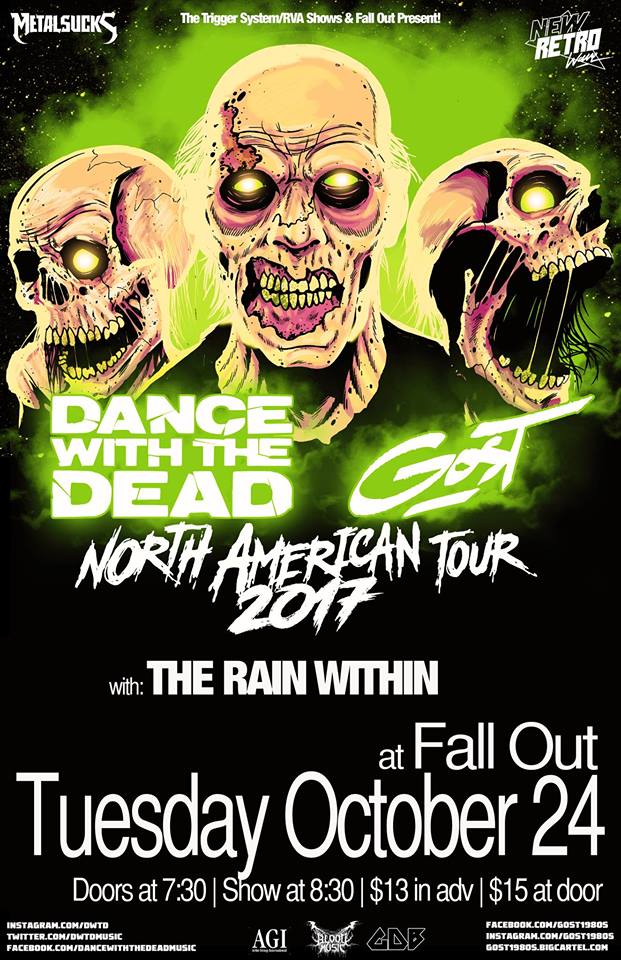 tonight on the show…your chance to win tickets to see Dance With The Dead, Gost, and The Rain Within at Fallout on Tuesday, October 24th, here in Richmond!

of course, we’ll hear some music from all three of these incredible bands, as well as music from other bands playing in RVA and the surrounding areas in the next couple of weeks…such as Stoneburner, FIRES, Tricky (new music!), The Purge (new music!), One-Eyed Doll, True Body, and Nailbomb (actually it’s Soulfly that will be playing here in Richmond, but they are doing the Nailbomb debut album, Point Blank, in its entirety!)!

of course there will be plenty of other awesome tracks as well…including your requests!

Vaxsination:  i’ll be djing at Fallout here in Richmond on October 11th!  if you like the Dog Germs music, then you will like the Vaxsination music!  how to see you all out there dancing!