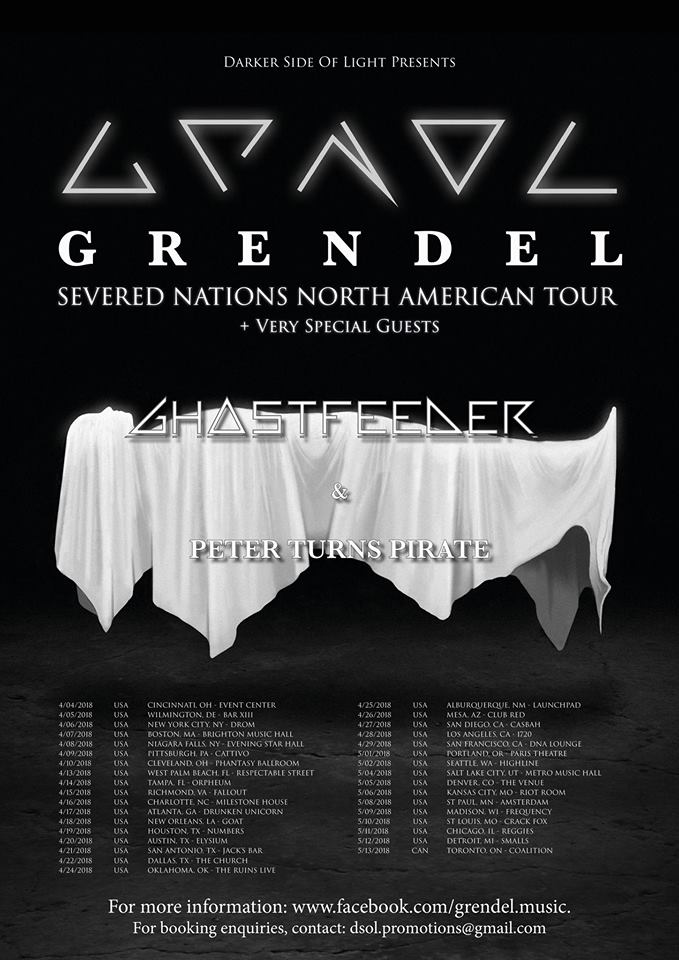 on Dog Germs tonight, your chance to win a pair of tickets to see Grendel, Ghostfeeder, and Peter Turns Pirate this Sunday at Fallout here in Richmond!

i will also be giving away a pair of tickets to see Hexheart, The Rain Within, and Stephanie on Sunday, April 22nd, at Fallout here in Richmond as well!

we’ll here music from all these bands as well as others playing in the surrounding cities in the next couple of weeks including Covenant, Stoneburner, The Purge, and IAMX!

Vaxsination:  i’ll be djing at Fallout here in Richmond on April 11th (tomorrow night)!  if you like the Dog Germs music, then you will like the Vaxsination music!  hope to see you all out there dancing!