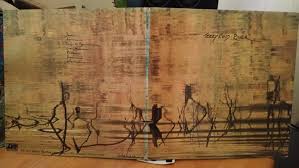 Dedicated to The mighty mighty James. This guy (from above album cover) was asked to become the lead singer of The New Yardbirds who became ? but not to be. This British Breakfast is my interpretation of what an album rock show shoulda woulda coulda and did sound like say circa 1973ish? Perhaps a shout out to our Grandfather Radio Station Fans of WGOE “All the way right”. Def some mini tributes to the likes of  Roxy Music, John Mayall and Steve Marriot and really one of the most earthy organic shows I’ve ever put together all coming from my album collection. Please enjoy; mostly mellow so find the mood man. Cheers Gene