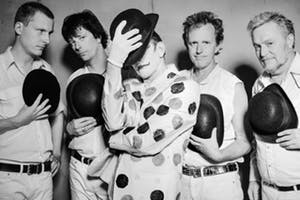 I have your chance to win two tickets to see The Adicts here in Richmond at the Broadberry on Wednesday, January 22nd!

I will also play new music from Anders Manga and two new cover tunes from The Barbarellatones!

All this and so much more, including your requests!