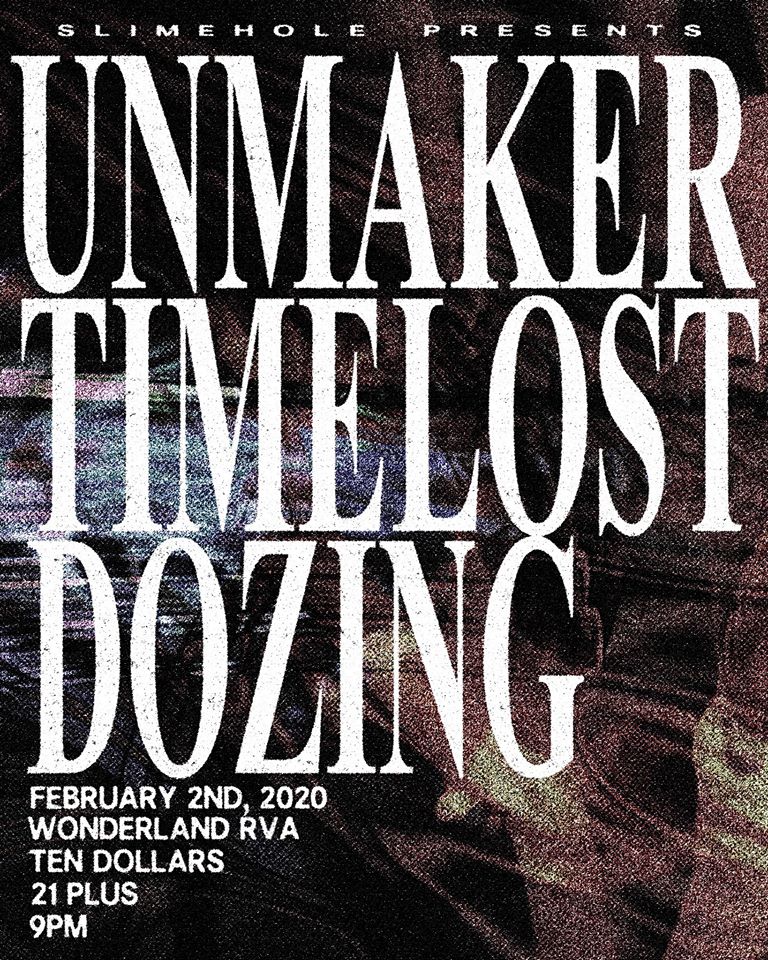 Couple of really cool shows to talk about tonight! Unmaker, Timelost, and Dozing at Wonderland here in Richmond on Sunday and Pain In The Yeahs, Community Witch, and Black Mass Gathering at the Taphouse in Norfolk on February 7th….we will hear tunes from most of these bands!

All this fruitfulness and more, including your requests!