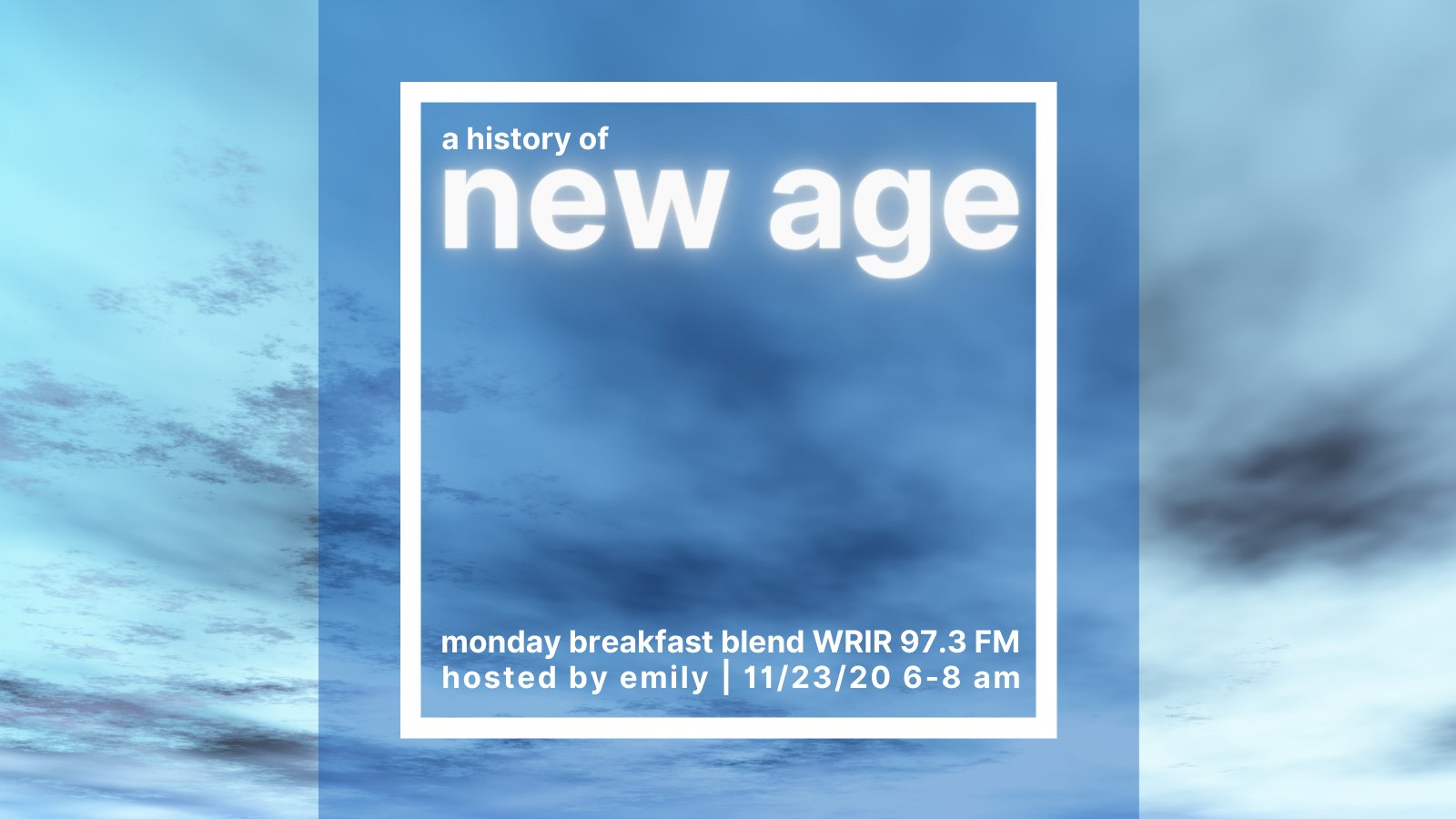 Today we did a deep dive into the history of New Age music; its influences, its cultural causes and effects, and its enduring icons.

The first block features artists that represent New Age’s disparate influences, from jazz guitarists to pioneers of experimental and ambient music. In block two, we hear some proto- and early New Age like Tony Scott’s Music for Zen Meditation, and explore the term “New Age” and its deployment as a marketing technique. We then look into the iconic Windham Hill Records label in a block largely featuring “soft jazz” like Alex de Grassi and George Winston. Enigma’s “Return to Innocence” and cultural colonization get a once-over, then we head into a Hearts of Space block for some Slow Music for Fast Times™. Icons of the genre like Enya, Vangelis, and Kitaro get their due, and the episode closes out with some New Age standard-bearers of today, like Leo Takami. Thanks so much for joining me!

An extended (4+ hours) version of this playlist is available here.

The music playing in the background while I talked is all from the wonderful compilation I Am The Center: Private Press New Age in America 1950 – 1980 from Light in the Attic Records.

And finally, here are some links to articles I referenced in one way or another: