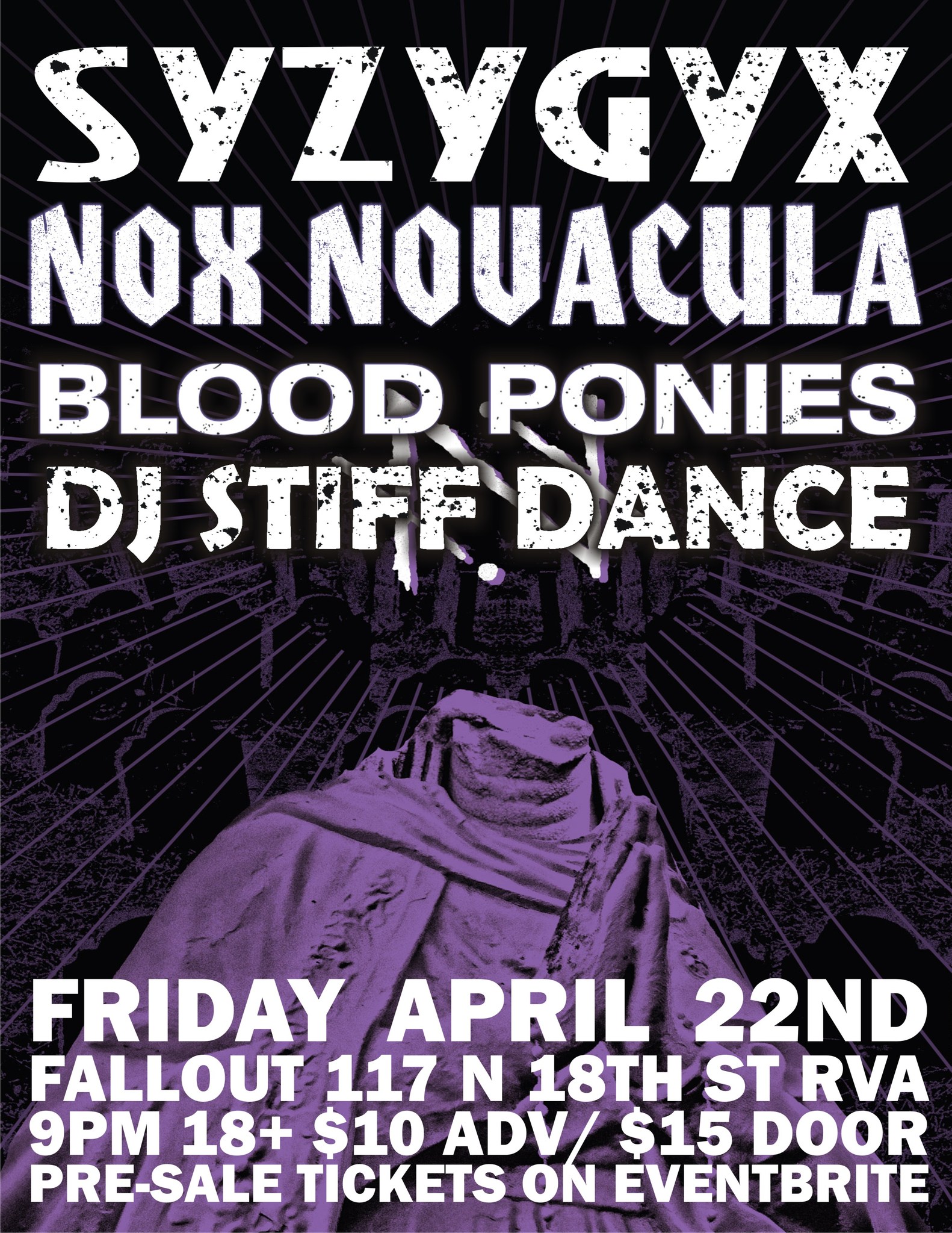 A few really cool shows to talk about on tonight’s edition of Dog Germs…SYZYGYX, Nox Novacula, and Blood Ponies will be playing here in Richmond on Friday at Fallout, and then a week from tonight in D.C., OMD will be at the Lincoln Theatre and Ho99o9 will be at the Songbyrd! I’ll be playing you tracks from all these bands to get you psyched to see them!
And then, I have a ton of new music (some of which we didn’t get to on the last show) from Silverwalks, Aesthetische, Reichsfeind, Cubic, Psy’Aviah, Digital Factor, Lights A.M, Entrzelle, ImJudas, Ludovico Technique, and (((S)))!
All this, and what ever other few awesome tracks I have time to throw in!