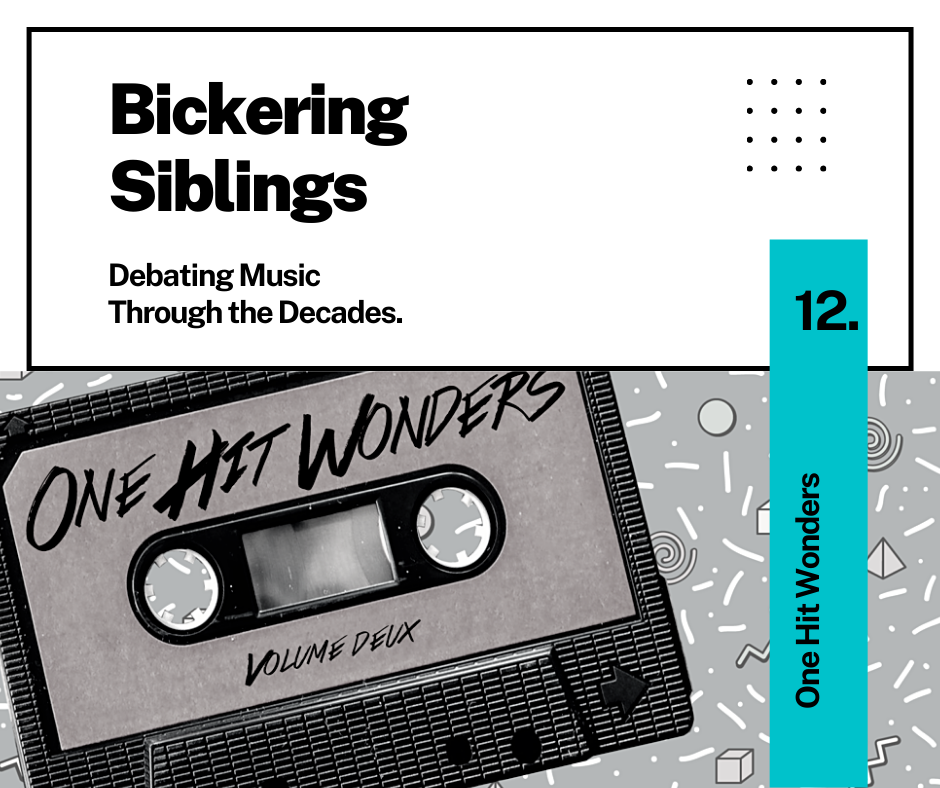 Hey Sibs! Can you believe it’s May already? This year is really flying! Today’s show was extremely fun to make because we have decided to highlight some one-hit wonders! When creating this list we had no idea that some of these artists were truly the only songs they made, and we literally debated this behind the scenes. We hope you enjoy these classic hits by these classic artists, because according to the industry, we may never hear from them again!