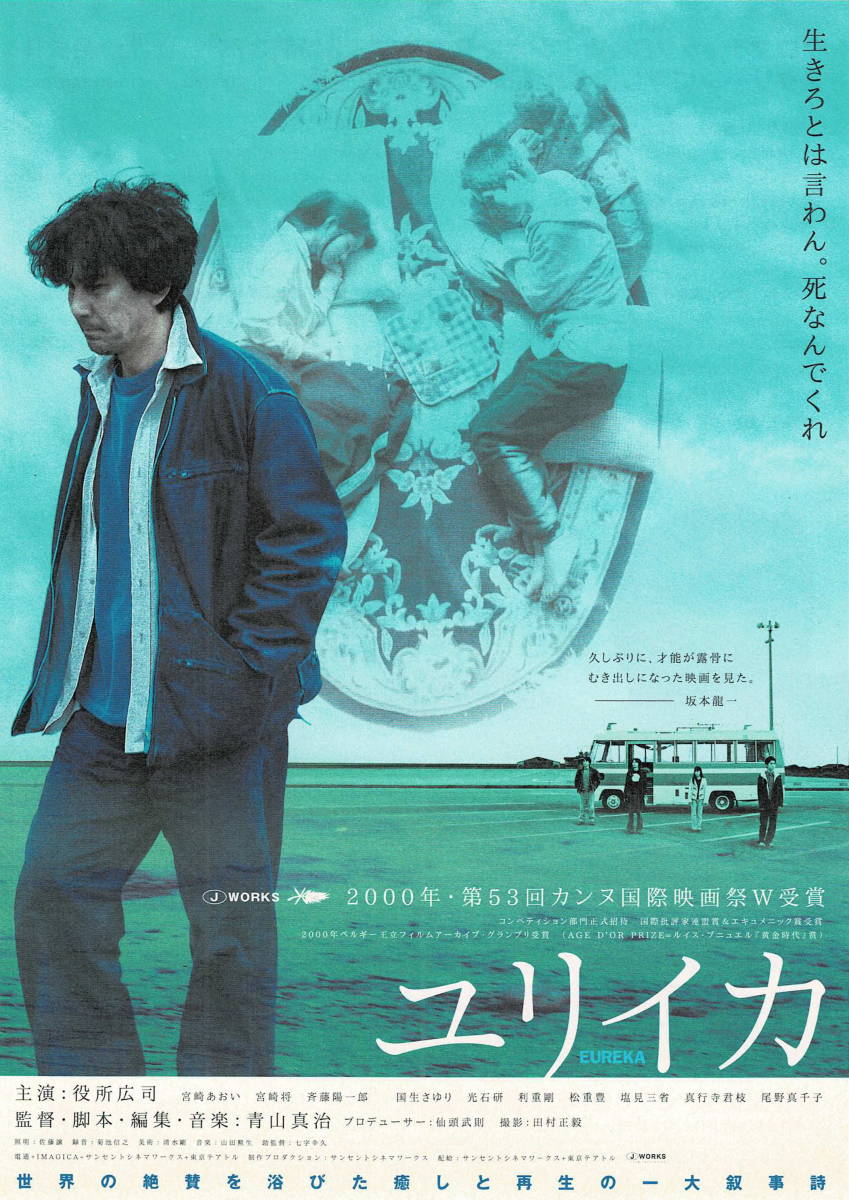 This week on Banji Kaicho, we pay tribute to film director, novelist & composer Shinji Aoyama and his magnum opus “Kitakyushu Saga”. Set in Kitakyushu, Fukuoka, the trilogy inaugurated with Helpless (1996), peaked in Eureka (2000) and eventually wrapped up by Sad Vacation (2007). Like most Aoyama’s movies, “Kitakyushu Saga” deals with existentialism, human relationship and often deep traumas from broken family and illogical violence, while not without wit, fascination and hope.

Known as a flag barer for Rikkyo New Wave aka second Japanese New Wave Cinema, Aoyama’s artistry in cinematography and storytelling had differed himself from his colleagues Kiyoshi Kurosawa, Akihiko Shiota and other contemporaries such as Sion Sono and Takashi Miike. What’s more personally attached to me is his detail-oriented use of sounds and music in his pictures, often providing critical clues of emotion and transition. A close friend to J experimental underground scene, his frequent collaborators include Otomo Yoshihide, Phew, Isao Yamada as well as Jim O’Rourke.

Aoyama passed away this March due to esophageal cancer at the age of 57. For this show, I’ve hand picked some memorable clips from the three movies, heavily mixed them with a bag of Japanese folk, ambient and electronic oddity – to relive those summer days and nights in Kitakyushu, the place where Aoyama was born and raised, and where all our kizuna, nostalgia or distress could be found.