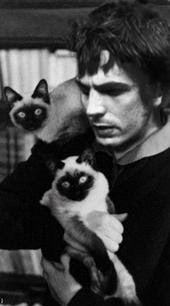 Kicking off Spooktober with some of the amazing film soundtracks from Lucifer RIsing, the semi doomed film from Kenneth Anger, released finally in 1980.  Evidently, he had Mick Jagger record a soundtrack, which he used for a different film, and then got Bobby Beausoleil start on it, and then fired him, then Bobby went to prision for the Charlie Manson murders (He was Charlies Guitar player and cult member) and then got Jimmy Page to give it a stab, but then they had a falling out and Jimmy’s wife kicked him out.  Kenneth was a difficult man.  Finally, with around 3000 dollars of music gear, Bobby recorded the complete soundtrack, mixed, and mastered all by Bobby and some prisoners in prison, and Kenneth released his film.

I heard it and knew I needed to show it to you all, so here it is, along with Jimmy’s faulty work.  Finally, we close out the show with like themed material, perfect for a cold spooktober night!