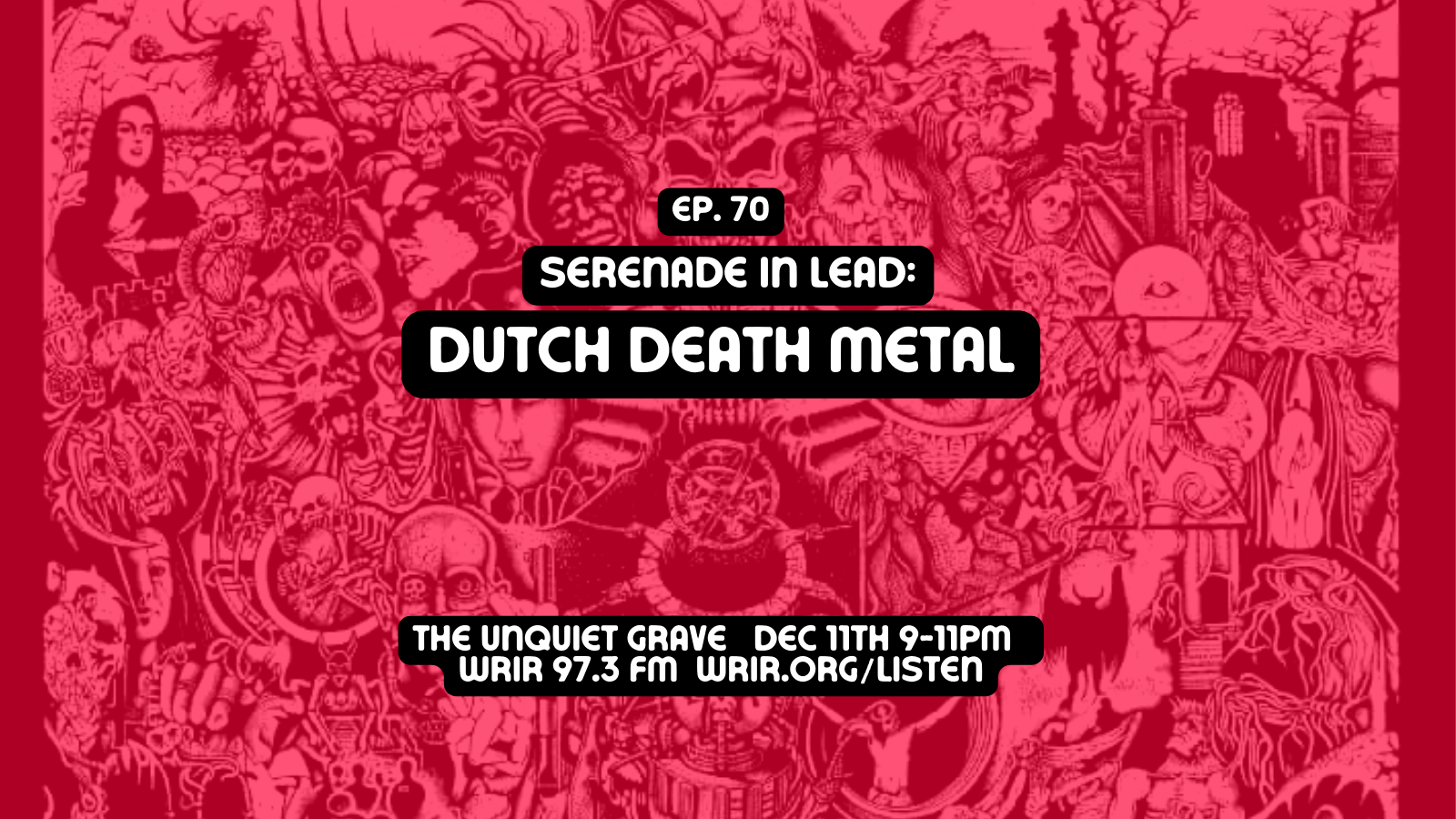 Tonight on The Unquiet Grave (9-11pm right here on WRIR), we’re delving into the wide world of Dutch Death Metal. Not mentioned as often as Florida, Sweden, or even New York, the Nethlerlands scene was broad, varied, and (at least somewhat) nationally subsidized. The playlist focuses mainly on the extremely geminal period from the late 80s to mid 90s, but we’ll also listen to some new stuff towards the end.

You can listen to archived episodes of The Unquiet Grave, including this one, here. The music while I’m talking in this episode is “Prospettive e Retrospettive” by Ralph van Raat and Louis Andriesson.