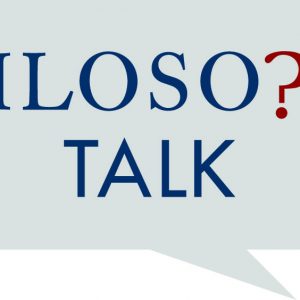 Philosophy Talk, hosted by Ken Taylor and John Perry: Sunday at 6:00 AM

Philosophy Talk celebrates the value of the examined life. Each week, our two host philosophers invite you to join them in conversation on a wide variety of issues ranging from popular culture to our most deeply-held beliefs about science, morality, and the human condition. Philosophy Talk challenges listeners to identify and question their assumptions and to think about things in new ways. We are dedicated to reasoned conversation driven by human curiosity. Philosophy Talk is accessible, intellectually stimulating, and most of all, fun!

Philosophy Talk is produced by KALW on behalf of Stanford University, as part of its Humanities Outreach Initiative.

Co-host Ken Taylor is the current Henry Waldgrave Stuart Professor of Philosophy at Stanford University. He is also director of Stanford’s interdisciplinary program in Symbolic Systems. His work lies at the intersection of the philosophy of language and the philosophy of mind, with an occasional foray into the history of philosophy.

Co-host John Perry is Distinguished Professor of Philosophy at the University of California at Riverside, and Henry Waldgrave Stuart Professor of Philosophy Emeritus at Stanford University. He is the author of over 100 articles and books, including A Dialogue on Personal Identity and Immortality, Knowledge, Possibility, and Consciousness, and Reference and Reflexivity. He also has the internet’s most popular essay on procrastination.