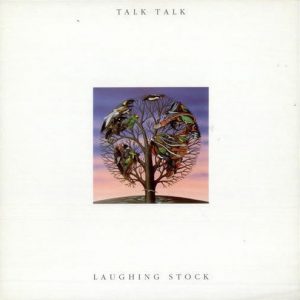 “It’s never a thing with any of these albums of knowing what they’re going to sound like. It’s more like knowing the kind of feel you want. The one kind of starting point we had this time was just this thing of everyone working in their own little time zone. Really, it’s just going back to one of a couple of things — either the jazz ethic or y’know, an album like Tago Mago by CAN, where the drummer locked-in and off he went and people reacted at certain points along the way. It’s arranged spontaneity — that’s exactly what it is.”

September 16th marks the 25 year anniversary of Talk Talk’s final album, Laughing Stock. I can’t think of a better program than Mercury Falls to focus on this album. Mercury Falls spotlights music that is challenging, but a little melancholy.

…And, I’m hosting Mercury Falls tonight at 9 p.m.
…And Laughing Stock is one of my favorite albums.
…What I’m saying is, I’m going to play some Talk Talk tonight on Mercury Falls at 9 p.m. on WRIR 97.3 fm Richmond Independent Radio.

-LJ (Subbing for Melissa this week)