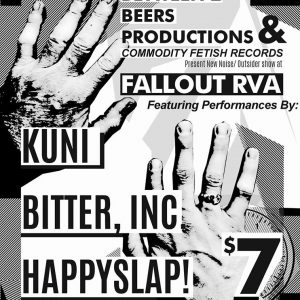 tonight is another fully loaded edition of Dog Germs tonight!

tons of music from bands playing in Richmond and the surrounding cities…plus, your chance to win tickets to the Happyslap!/Bitter Inc./Kuni/Suneater show happening this Sunday at Fallout here in Richmond!

Vaxsination:  i’ll be djing at Fallout here in Richmond on March 14th!  if you like the Dog Germs music, then you will like the Vaxsination music!  hope to see you all out there dancing!

Virginia is for Lovers…of Old Time!

Tonight we explore the many conduits and aspects of Virginia’s own stamp on American Vernacular Music. Tune into tonight’s show to find out about some the many. many hidden gems our great state has to offer.

Zak Vincent Filling in for the Haberdasher with Graham Stone!

Graham Stone stopped by tonight to say Hey and spread the good word on his new album “Until the Day”!