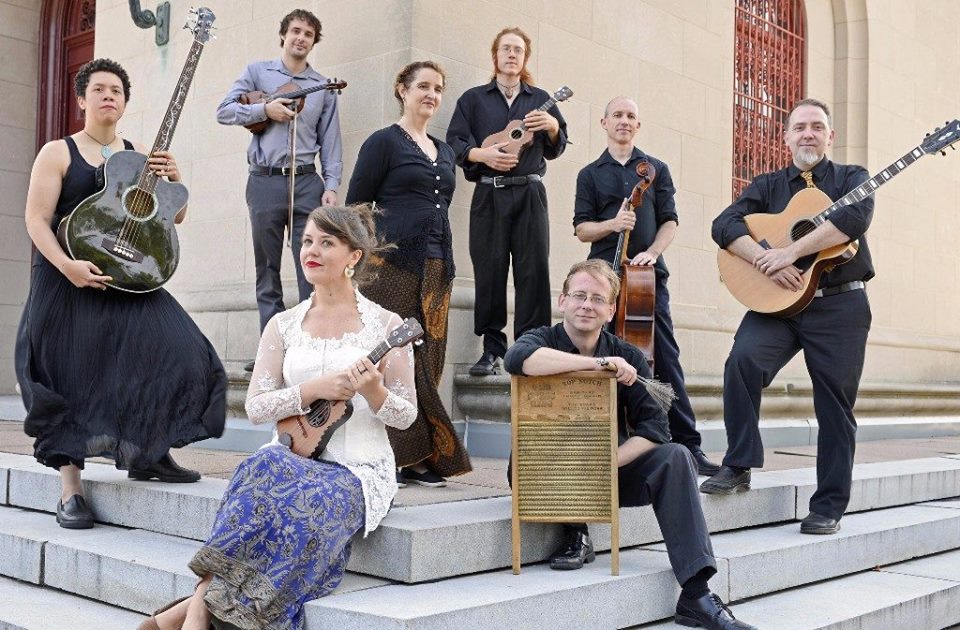 Rumput (pictured above) & Friends will be my guests on Global A Go-Go this week — they’ll be performing live in WRIR’s Studio C starting at about 4:00 PM on our live broadcast.

Orkes Kroncong Rumput is Richmond’s first, only, and therefore best Indo-Appalachian string band.  They play a style of music called kroncong, the result of local traditions and aesthetics rubbing up against the activities of the countries that have exercised political and economic sway over Indonesia since the 16th century: Portugal, the Netherlands, China and Japan.  And as Virginians, they can’t avoid being influenced by string band traditions that are all around us in the Appalachian and Piedmont regions.

The whole darn family will take their show on the road later this month, with a performance at the University of Richmond’s Camp Concert Hall on Saturday April 16 at 3:00 PM, followed by a tour to Wake Forest, Bucknell and Cornell Universities and to two Indonesian embassies.  But before all that, they’ll give WRIR listeners a taste of what Shadow Ballads is all about.  Sorry no shadow puppets or crankies — it is radio, after all.