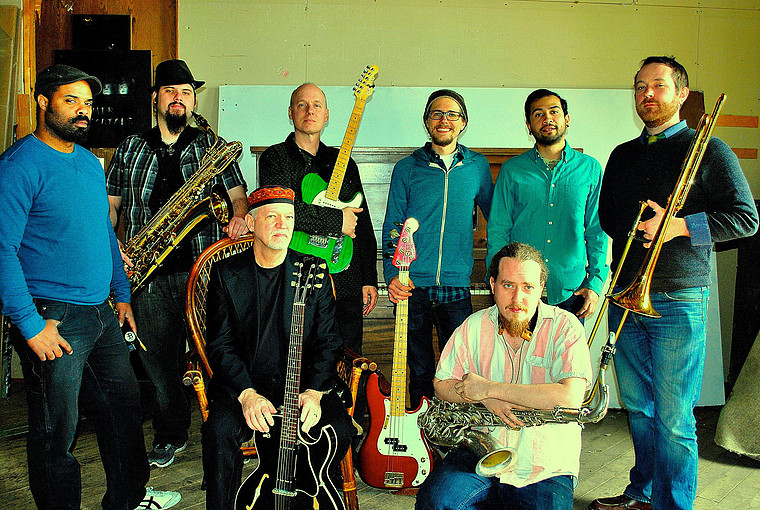 Hey, didn’t someone tell me most of the music industry is on vacation in December?  Apparently not, because I logged in 42 new releases between Thanksgiving and New Years’ Eve.  So I had an enjoyable holiday season digging into a full plate of new music.

A bunch of the stuff I heard is really good, and now you’ll hear a few of those first-of-2017 winners on this week’s edition of Global A Go-Go.  Prominent on the list is Richmond’s Afro-Zen Allstars (pictured above), whose cheekily titled studio debut Greatest Hits comes out January 13.

Also making their debuts on this week’s show will be new albums from Colombia’s Systema Solar (one of my favorite bands in the world right now), The Nile Project (who’ll be in Richmond in March) and The Bongo Hop (Afro-Latin-Caribbean funk from a French trumpeter).