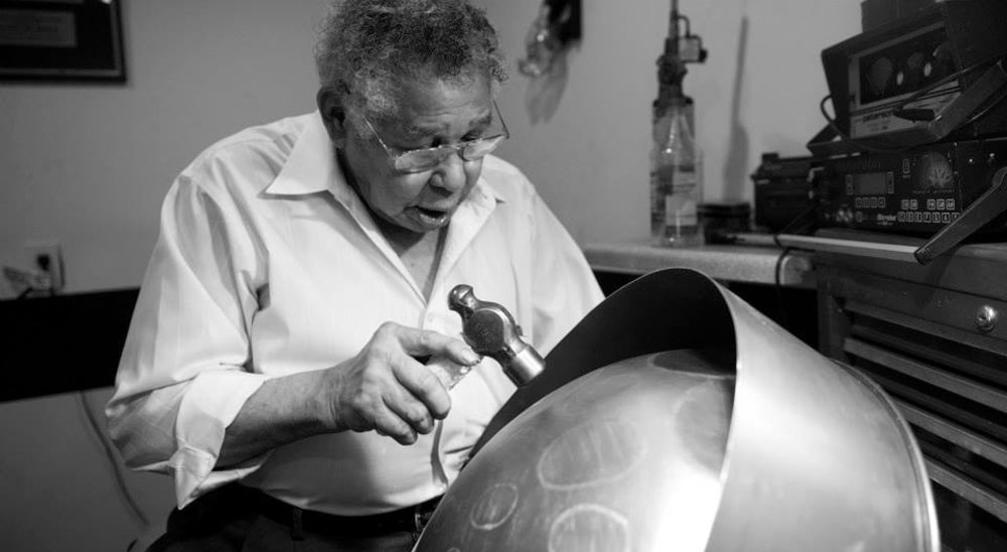 Ellie Mannette (pictured above), the father of the modern steel drum, died last week at age 90. More than anyone else in the world, Mannette made the steel pan, the national instrument of his native Trinidad & Tobago, into a serious musical instrument.

He was the first to fabricate a drum out of Trinidad’s ubiquitous 55-gallon oil barrels, he was the first to make the drum surface concave, and he built the first pan with all the notes in the chromatic scale so it could play any melody in any key.

Mannette spent most of his career in the USA: he helped develop the US Navy Steel Band in the 1960s, he began teaching steel pan tuning at West Virginia University in 1991, and his foundry in Morgantown produces most of America’s steel drums.

In honor of Ellie Mannette, this week on Global A Go-Go you’ll hear a few of my steel pan favorite, and some calypsonians singing in praise of the pan. Also this week: Turkish pop, folk and rock; Cuba from tumbao to timba; and some Balkan beats to get you moving.