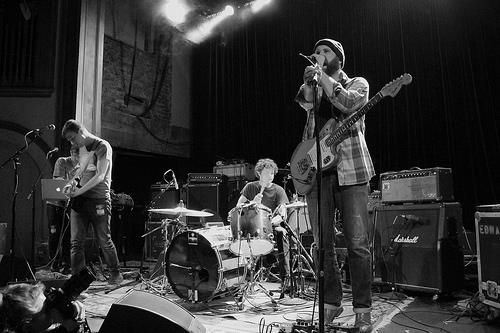 There’s a lot to cover this week at 5pm, including the No BS! canned food drive, Ghost of Pop, the Bronniefest benefit, and the reunion of White Laces (pictured) for the last day of shows ever at Strange Matter. Plus, you can win tickets to the Avett Brothers before you can buy them, as well as The Lee Boys at Richmond Music Hall, and Snail Mail at The Broadberry! Click here for the podcast: wrir.org/listen/