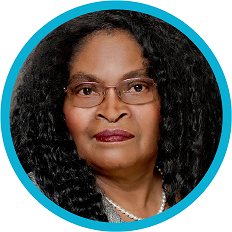 Today Andrea Miller of the Center for Common Ground joins us to talk voting rights and how she has worked to ensure Virginians have access to their right to vote.

Caucus of Virginia; Founding Tri-Chair Virginia Poor People’s Campaign; and a member of the Democracy and Governance working group of the Virginia Green New Deal. Andrea is an IT and Political Director, a digital and elections strategist. She designs and administers digital phonebanks and texting programs. From 2013 to 2015 she led the Progressive Round Table on Capitol Hill bringing together members of Congress, activists and non-profit leaders. Her expertise is in voting rights, climate and the Equal Rights Amendment. She has successfully advocated for legislation on both the Federal and State level. In 2008 she was the Democratic nominee for the Virginia 4th Congressional district.

She also talks about the upcoming Democracy Center being developed in Richmond, learn more here