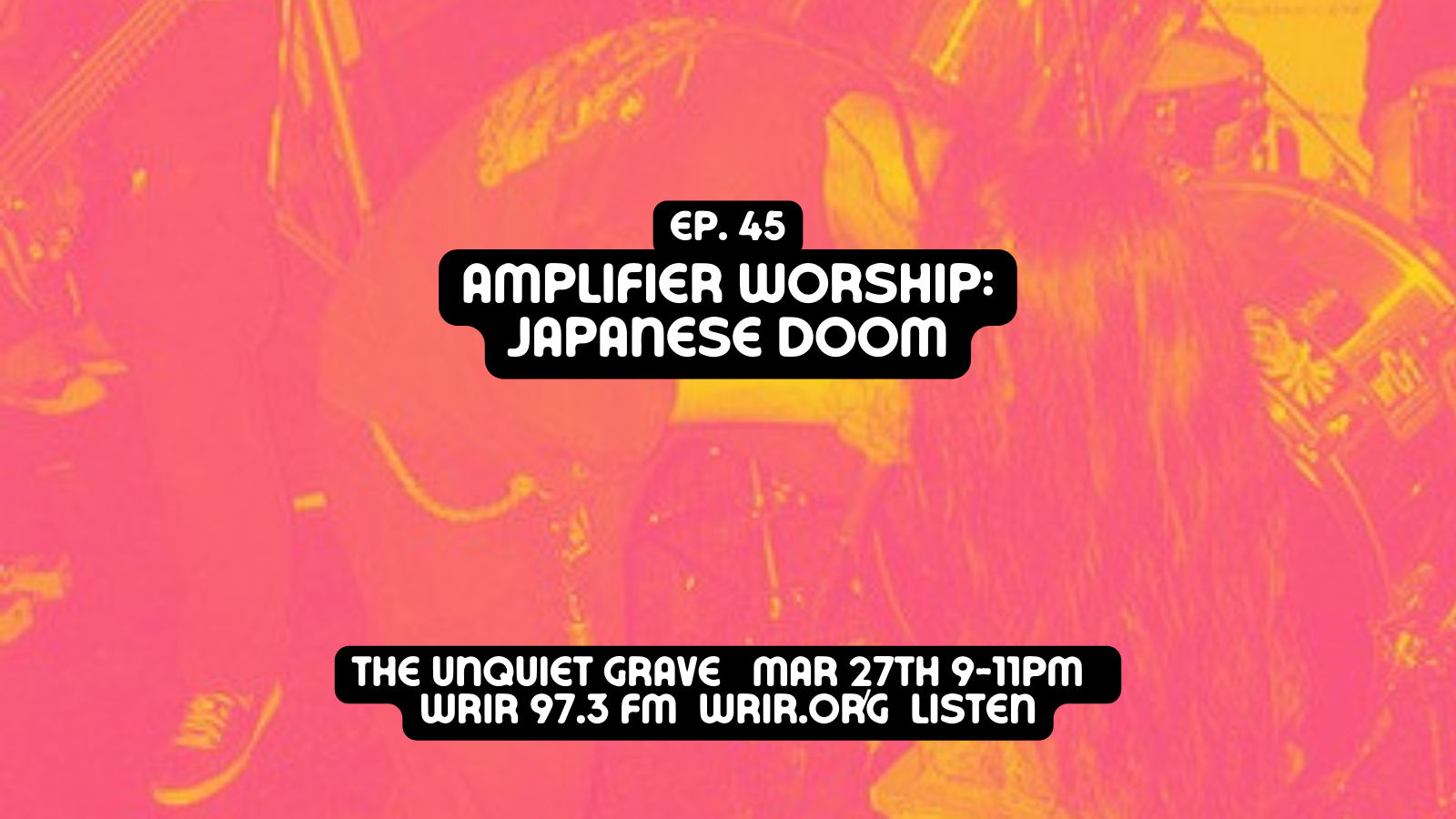 Tonight on The Unquiet Grave (9-11pm), the songs are lengthy as heck, so the blocks of music are long and the talking spells are few and far between. We’re listening to Japanese doom and covering everything from “funeral sludge” to proto-doom from the late 80’s, and hitting stoner- and death-doom in between.

Thanks for tuning in, and as always, you can follow me on Twitter at @emsuerob to keep up with future episodes or make requests.

You can listen to an archived version of this episode here.

Tune in next week for an episode of all Richmond, VA metal!