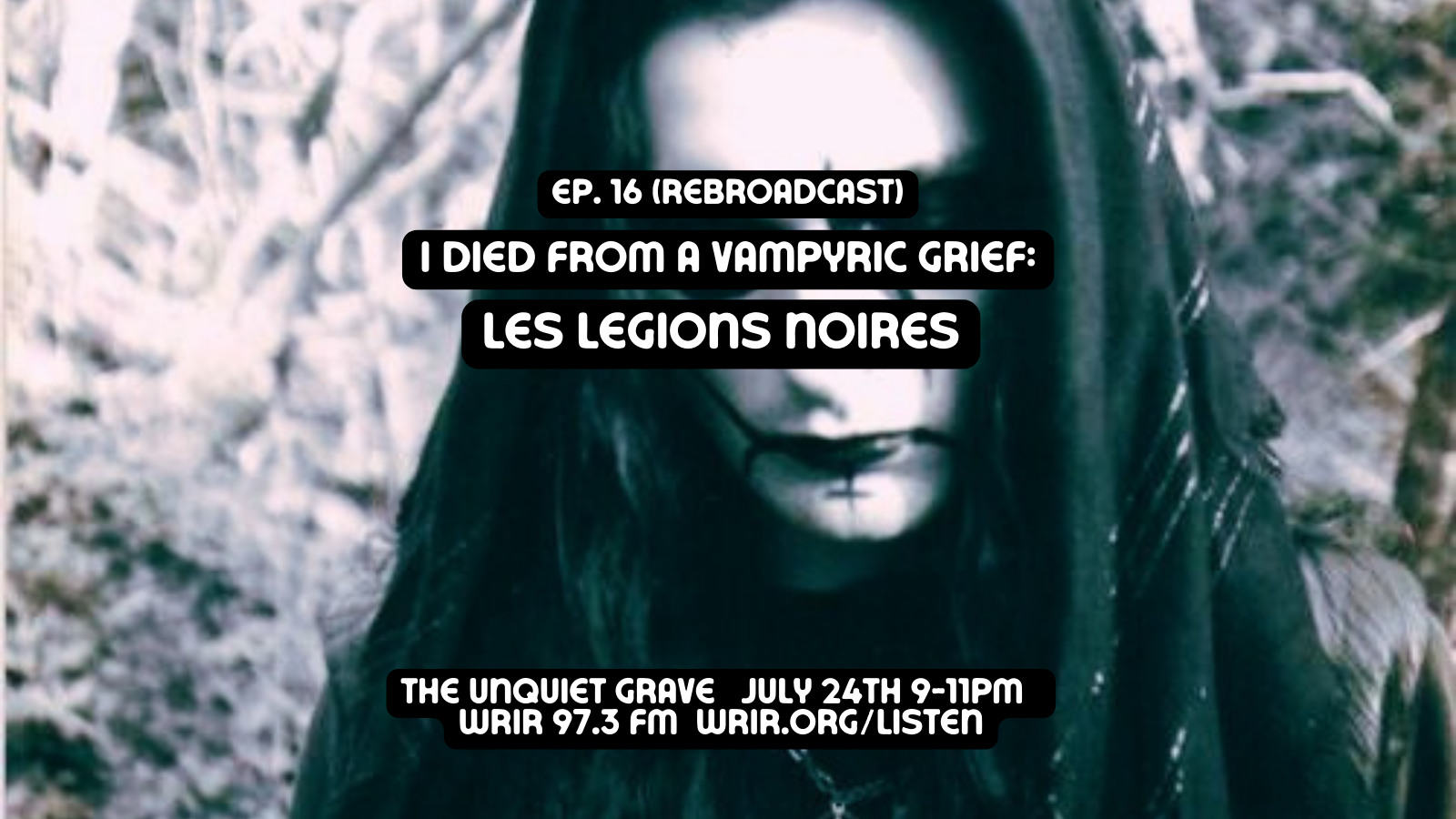 Rebroadcasting a “classic” (??) episode tonight on The Unquiet Grave (9-11pm): a deep dive into Les Legions Noires, notorious second wave black metallers from France. Thanks for bearing with me during a couple of rebroadcast eps (I tried to make them extra cool ones…)—I’ll be back with an all-new episode next Sunday!

From my blog when the episode originally aired:

“Tonight’s episode of The Unquiet Grave will be all about Les Légions Noires, or L.L.N., or the Black Legions as they’re variously called — a small, extremely insular circle of black metal musicians in France, mostly around the city of Brest, in the early to mid 90s. Their scene was unique in many ways. They seemed to talk about their internal worlds — sadness, grief, melancholy — more than other black metal bands of the period; for every “Black Wind of War” there’s an “I Died From a Vampiric Grief” (relatable). Sonically, the music of Les Légions Noires is sometimes so strange that it veers off the path of what can honestly be called metal entirely. They created a language, “gloatre,” consisting of lengthy strings of unpronounceable letter combinations with abundant and various accent marks. All these tactics helped ensure that their music was like the group itself — strange, melancholic, and to some degree unknowable.

Here is a link to an archive of photos, interviews, zines, and scans of Black Legions output: https://drive.google.com/drive/folders/1xjNdRgbMdMk2YMwm9VfBWNcTAbxDVXrj?usp=sharing.”