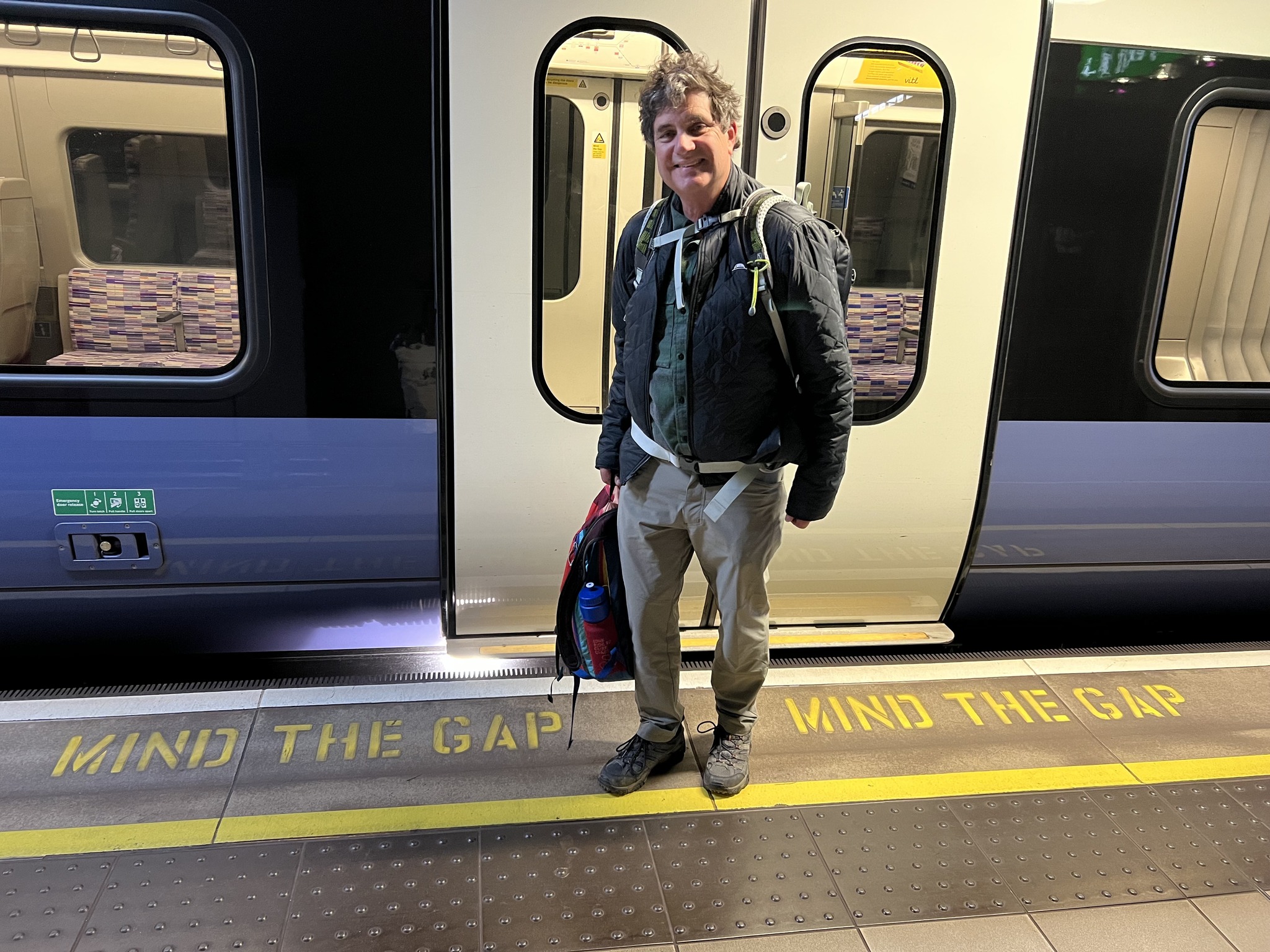 It’s good to be back in the studio. I am recently back from a trip to the UK that included time in London, Liverpool, and Wales. Several years ago, I read about a gentleman curating a series of CDs entitled Watch the Closing Doors. He planned to chronicle New York’s music history in this series. I searched out and purchased the first 2-CD set, but he never released any additional CDs. Fast forward 10-12 years and Helen and I are traveling in the UK, and we’re struck by the Brits “Mind the Gap” while boarding and de-boarding the “tube”. As it turns out Helen had a mix tape of her brother’s called Mind the Gap that was a compilation of a German-based label that featured bands out of the UK. It was label Stu bought from often and I am sure has been featured on Helen Ilnickys great Stu’s Fave shows. Anyway, tonight I’ll be doing an all-British show featuring tons of great artists. Of course, we’ll kick it off with some artists (the very famous and less so) out of Liverpool that got the ball rolling.

Everyone recognizes the lads in this statue from the docks of Liverpool. 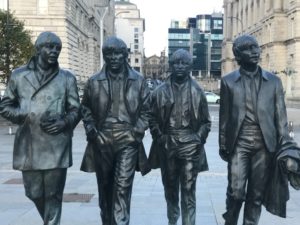 Fewer of you may be able to recognize this artist also on the docks in Liverpool. But the first caller tonight that can identify this fellow, will win two tickets to Sarah Shook and the Disarmers at The Camel on 11/14. 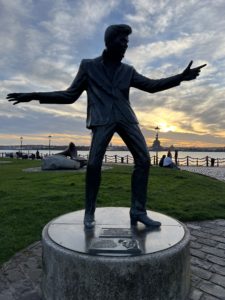 Anyway I had a great time on my trip and I hope you all enjoy the selection of tunes from the UK tonight. 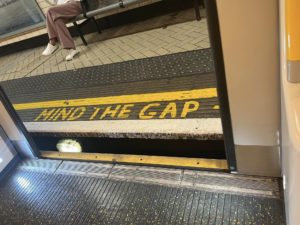