World music reviews and charts, May 16

Global A Go-GoWorld music reviews and charts, May 16 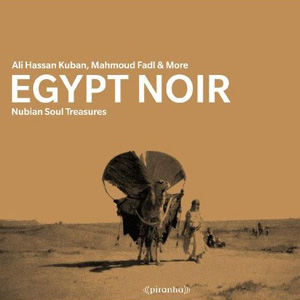 Brand-New Reviews
ARTIST: various artists
TITLE: African Pearls: Cote D’Ivoire, West African Crossroads
REVIEW: African Pearls is a reissue series spearheaded by Ibrahim Sylla, modern African music’s most successful producer. His reissues are a bit different from those of labels like Soundway and Analog Africa – rather than digging up obscure recordings, many of the tracks on African Pearls were major regional hits. Here Sylla takes on the music of his homeland, Cote D’Ivoire (the Ivory Coast in English). There are plenty of relative obscurities here, but the best tracks are actually the most popular ones. Ernesto Djedje (CD 1-songs 9, 13; CD 2-song 4) was a huge star across West Africa with his ziglibithy style, which combined a traditional West African rhythm with punchy horns and a James Brown-influenced vocal and stage performance. Alpha Blondy is Africa’s first big reggae star; CD 1-song 12 is his first hit and still sounds great 28 years later. Also of interest: CD 1-songs 1 and 2, totally influenced by American, British and French rock of the 60’s.
REVIEWER: Bill Lupoletti
RECOMMENDED TRACKS: Disc 1: 1,2 (ye-ye) 9,13 (ziglibithy) 12 (reggae) Disc 2: 4 (ziglibithy)

ARTIST: various artists
TITLE: Egypt Noir: Nubian Soul Treasures
REVIEW: Nubia is a region bordering the Nile River in southern Egypt and northern Sudan. One of civilization’s cradles, much of it is now underwater as a result of damming the Nile, and many Nubians have relocated to urbanized northern Egypt. Modern Nubian music is a deliciously soulful hybrid of the traditional, the glossy production values of Egyptian film music, and the funky sounds of West African and the USA. The Captain of Nubian Music, Ali Hassan Kuban, dominates this collection as he should (tracks 1 and 7; track 4 is his band after his death in 2001). All tracks here are reissues from previous Piranha releases. This is great stuff that gives just a taste of the Nubian sound, makes you want to track down all the original recordings.
REVIEWER: Bill Lupoletti
RECOMMENDED TRACKS: 1 2 4 7

ARTIST: Koes Bersaudara (The Koes Brothers)
TITLE: To The So-Called “The Guilties”
REVIEW: The Koes Brothers were one of the first popular Western-style rock bands in Indonesia; these are their recordings from 1967. Their main musical influences are the Beatles (not surprisingly, they started out playing lots of Beatles covers), the Byrds and some of the early proto-psychedelic garage bands. (For you garage-heads, track 2 could easily be the B-side of “Journey To Tyme” by Kenny & The Kasuals.) Rock ‘n’ roll has always been synonymous with revolution, but it’s hard to top the Koes Brothers’ story: because Indonesian President Sukarno was vehemently opposed to Western influences they were jailed for 3 months in 1965 for playing “I Saw Her Standing There” at a private party, and their release coincided with the military coup in which Suharto overthrew Sukarno and (among other things) made it safe to play rock music in Indonesia. It’s quite a story, but check out the music: the best of it is every bit as good as what you hear on the Nuggets box sets.
REVIEWER: Bill Lupoletti
RECOMMENDED TRACKS: 2 6 10 12 17

ARTIST: various artists
TITLE: Pomegranates: Persian pop, folk and psych of the 60s and 70s
REVIEW: Back in the days of the Shah, Western influences weren’t frowned upon and Iran had a small but flourishing modern pop scene, which is nicely documented on this release. Although the attitude and point-of-view of these musicians is decidedly Western, the musical influences come more from Bollywood and Egyptian film music than from Europe or the USA. The best material here is heavy on both brass instruments and on Middle Eastern drumming (really very similar to the Bollywood sound of the same era) and it’s quite funky stuff. A very enjoyable obscurity and a window on a cultural point in time that’s been virtually erased from our consciousness.
REVIEWER: Bill Lupoletti
RECOMMENDED TRACKS: 1 2 11 13

ARTIST: Sierra Maestra
TITLE: Sonando Ya
REVIEW: Long before the Buena Vista Social Club recordings, Sierra Maestra re-popularized the Cuban son style of the 20s and 30s when it formed in 1976. In fact, co-founder Juan de Marcos Gonzalez helped organize the Buena Vista sessions and his band members played on them. Here the band has recorded 13 contemporary songs written in the son style, almost as a challenge to folks who think this is simply a revival movement and not part of the mainstream of contemporary culture. There’s some pretty good material here, and as always with Sierra Maestra the singing and playing is totally in sympathy with the songs. Take special note of the outstanding trumpet soloing of Yelfris Valdes, who has great technique with no excess showmanship. This band basically can do no wrong.
REVIEWER: Bill Lupoletti
RECOMMENDED TRACKS: 1 4 7 10