QUESTION YOUR WORLD: How many people live on Earth?

So nearly 199,000 years to get to 1 billion and only 207 years to get to 7 billion! That's some exceptional exponential growth!
http://www.worldof7billion.org – Follow the countdown and get more information on this growing population's impact on our world! 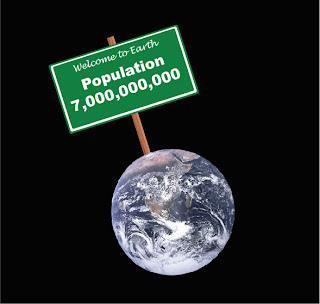