of course, doing a radio show called dog germs and broadcasting out of rva, we will have to start tonight's/this morning's show with a dave brockie tribute.

to try and lift the mood of things, we will also hear some tracks from nachtmahr and ludovico technique who will both be playing live here on monday the 31st.

plus, i have new music from combichrist, eisbrecher, contaminated intelligence, and mental discipline.

plus, plus, i will be playing a couple of tracks from cancerslug (thanks to rat bastard of synthetic nightmare and low on sanity for introducing me to them!).

plus, plus, plus, i have a track from a local musician named wayne hill, which i will playing for you. 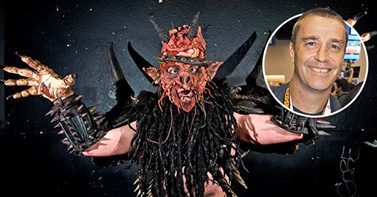 miss the show?  feel include via the podcast!

thanks to all the listeners and my fellow volunteers that donated during this spring fund drive!

thanks for listening and have a great week!