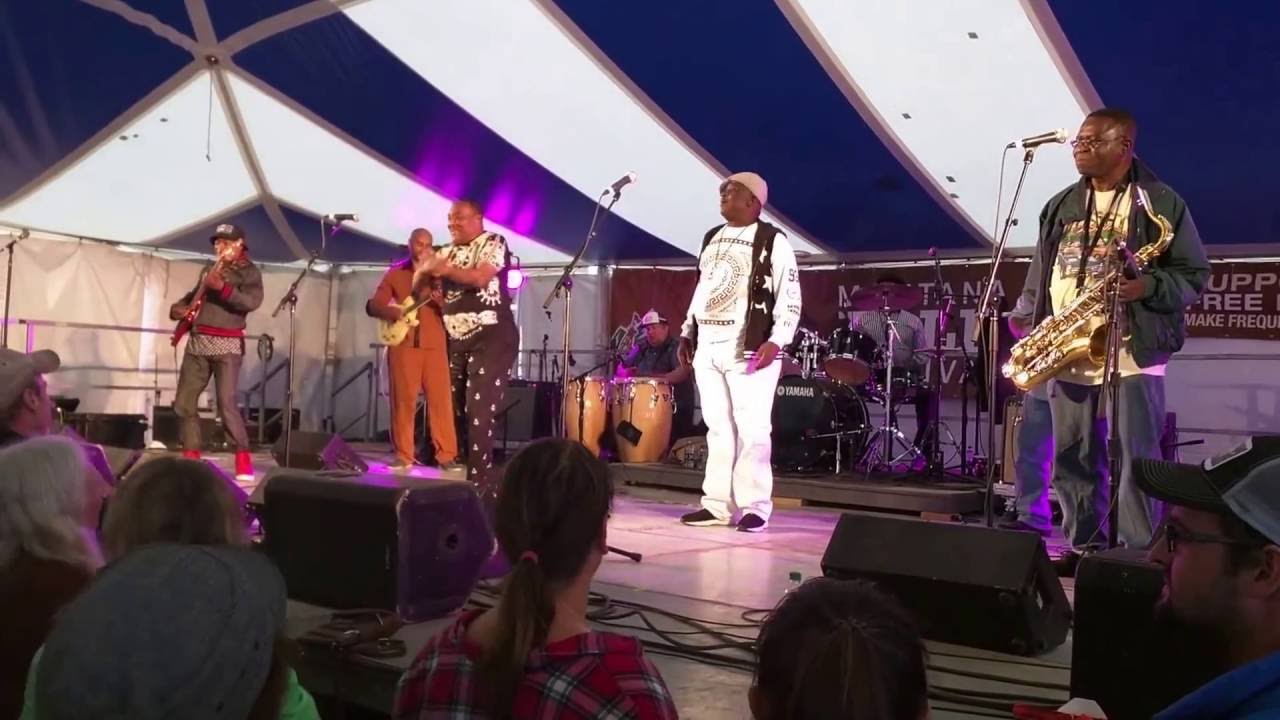 L’Orchestre Afrisa International (pictured above) is the name Tabu Ley Rochereau, one of the giants of Congolese soukous, gave to his band in the 1970s.  They relocated from Kinshasa to Paris in the 80s and then to Los Angeles in the 90s, with several of its members staying in the USA after Tabu Ley returned to Kinshasa in 1997.

Afrisa International, led by saxophonist Modero Mekanisi and featuring guitarist Huit Kilos, reunited after Tabu Ley’s death in 2013; they’re working on a new album and gigging around the USA, delighting soukous aficionados and turning new fans on to the most popular music Africa has ever produced.  You’ll hear a couple of Afrisa International classics on this week’s program.

Canzoniere Grecanico Salentino (CGS), founded in 1975, is the foremost band working in the pizzica tradition of southern Italy’s Salento peninsula.  Pizzica is the music and dance that according to legend is used to exorcise the poisonous bite of the taranta spider.  It’s a unique cultural tradition whose hypnotic sound is unlike anything else you’ll hear in Europe.  I’ll play a track by CGS and two more by other contemporary pizzica artists.