I am excited to be covering for Bill tonight on Louisiana Dance Hall. Bill challenged me to do a Dr. John tribute and I told him I would give it my best. So there are some rules in this digital age. You can’t play but so many tunes from a single artist during your show. So there’s that. Then I wanted to feature cuts that weren’t already getting played 24/7 due to Dr. John’s passing. And I wanted to do it a little differently than Bill.

Ultimately my goal was to have fun. Play a lot of great tracks that I love and showcase the incredible breadth of Dr. John’s work and influence on the music world – way beyond NOLA. And of course I want to make Bill proud. 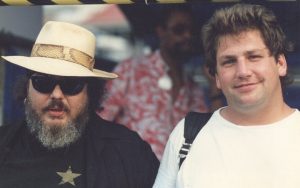