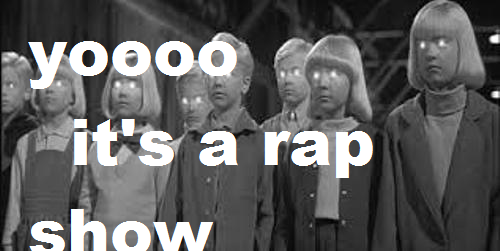 Everyone was there. The Secret Bonus Level Band was there! With Ryan. The DRUMMER! Sanji the Hedgehog was late but we still rocked it. Frances, again. Frankie was back. Chatting it up with DuctTape Jesus. Like they do. LIVE coverage you won’t hear unless you’re cool.

We freestyled on the radio. It’s a rap radio show. I’ve told you so many times already. Rap is what we do. We are a rap machine. A rap FORCE of NATURE. Did I tell you that YOUNG DUCKY aka Ducttape Jesus fka Frankenstein Reyes was hosting!?