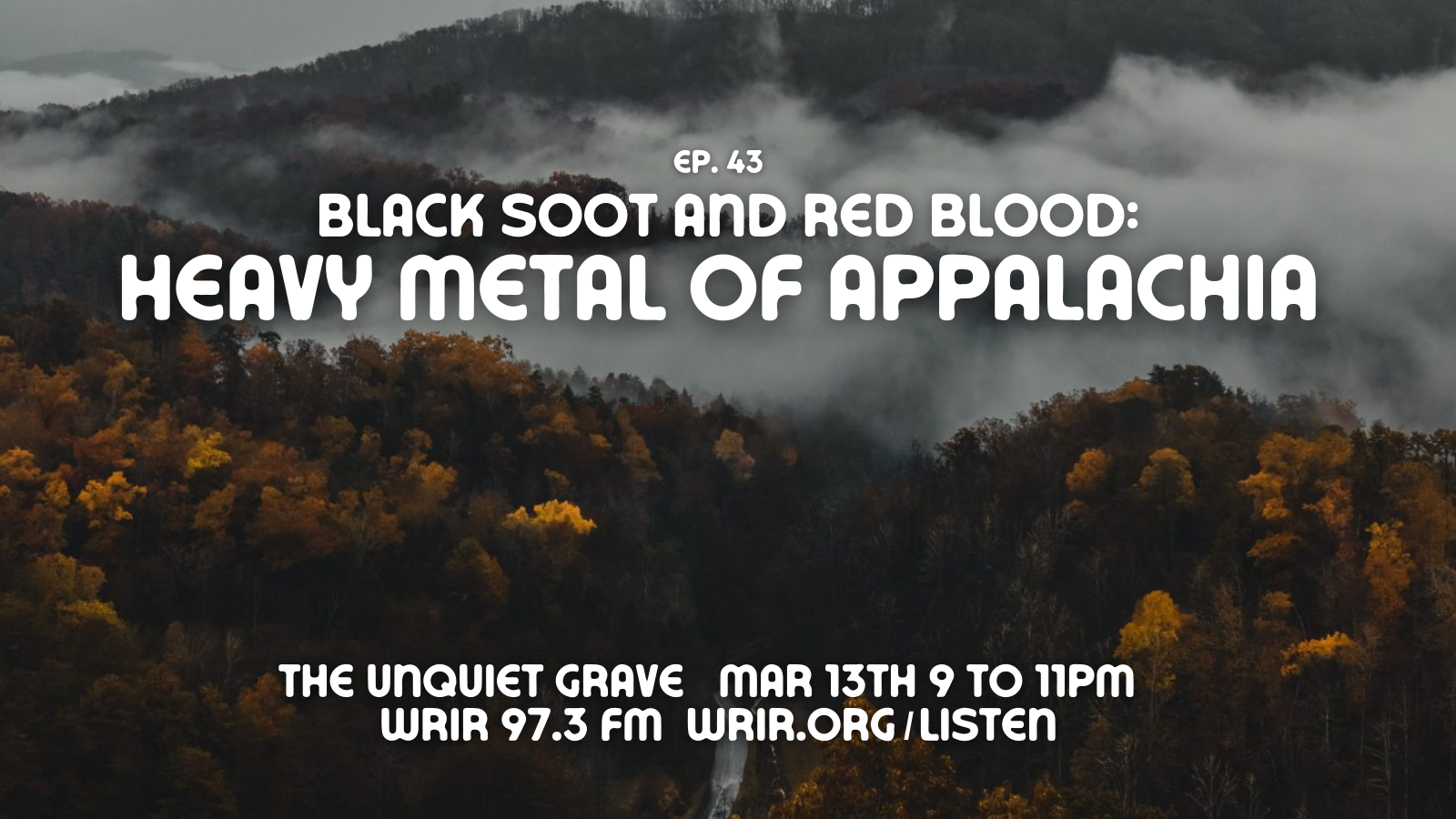 Tonight’s episode features extreme metal from Appalachia, in no fixed order by date, genre, or geography. We have doom metal from Eastern Kentucky, ambient black metal from the Pennsylvania coalfields, bestial black metal from the Smoky Mountains, and a lot more. I always enjoy doing regional/geographically-based shows, and this one was especially fun because Appalachia is the region I personally hail from, and I got to feature a lot of bands I know, love, and have crossed paths repeatedly with over the years.

You can listen to an archived version of this episode here.

You can see the playlist for this episode here.