The Unquiet Grave Episode 65: Waiting For The Crash (Screamo) 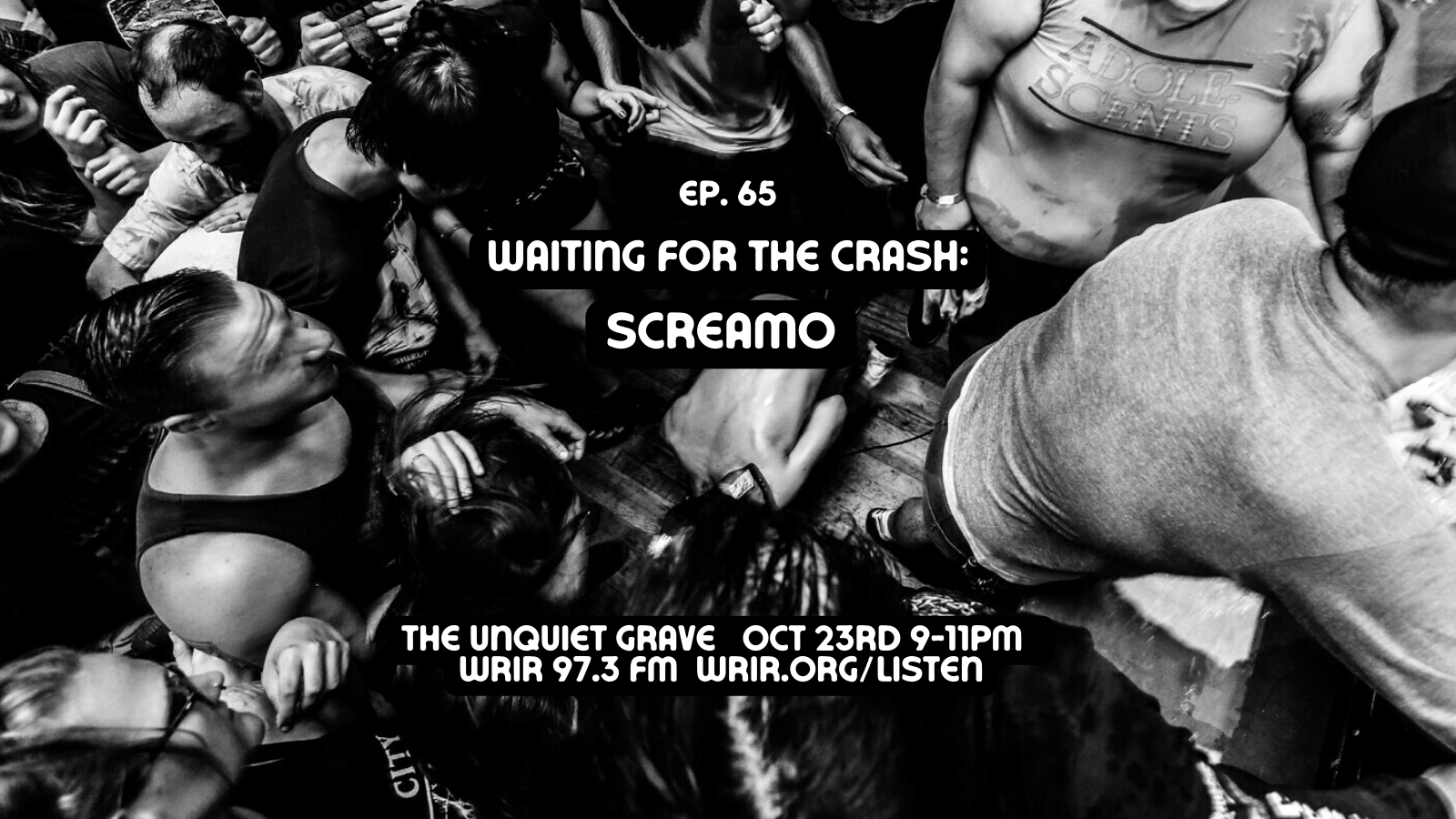 Tonight on The Unquiet Grave (9-11pm right here on WRIR) and at long last: it’s a screamo episode! Some folks have asked for this for a while, and I’ve wanted to oblige, especially since screamo is so popular here in Richmond—but I myself am screamo ignorant, so I called in my first ever guest host, Jesse, who is extremely knowledgeable about this topic. He put together a great chronological playlist and joined me to chat about the origins of screamo, its stylistic hallmarks, the nuances of the terms emo, screamo, and skramz, and more. I had so much fun putting together this episode, and look forward to more guests in the future! Listen live right here or check the archive later at emilyrobinson.org/radio.

My guest host for this episode was Jesse Mowery. His bands are Armagideon Time and In Wolves Clothing, and he lives in Richmond, VA.