Every year 2.5 million people defend their lives and homes with guns.

In more than 90% of those cases, no one is injured. The gun is brandished, or a warning shot is fired. 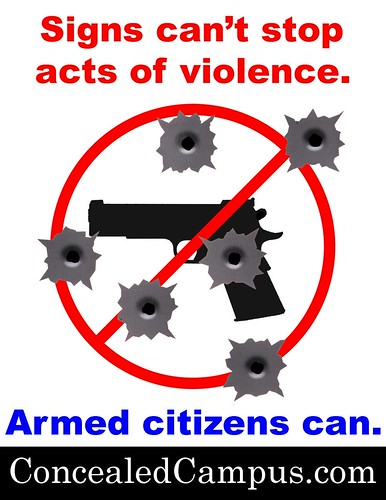 Listen to the Show

This show deals with the issue of concealed carry on campuses and elsewhere, and features Philip Van Cleave of the Virginia Citizen's Defense League. If you are strongly opposed to gun ownership and carrying, give the show a listen. Read more below for full intro.

For those of you who don't know this, I'm a volunteer at the Flying Brick Library, a radical lending library located at 506 S Pine St in Oregon Hill.  The Flying Brick regularly hosts events – film screenings, potlucks, readings – and just this past Monday it hosted a roundtable discussion on guns in the progressive and radical communities.  I have to say, it was awesome.  The discussion started with the commitment to keep it calm, civil and rational, even though the topic of guns and concealed carry can be one that evokes strong emotional responses.  That commitment was kept by everyone there, and I think we all walked away understanding each other's point of view better.

I especially want to thank Colin Goddard, the Virginia Tech student who was shot 4 times during the worst massacre in the country's history, not including massacres by the state of course.  He and his family came out to share about their efforts to work against what is often called the "gun show loophole", and their time and input was appreciated a great deal.  They seemed to appreciate the forum, which they told us was actually much more civil and rational than most of the events they attend on the topic.

We discussed several aspects of gun rights, use and ownership at the Flying Brick, and the last one we talked about was concealed carry.  That portion of the discussion began with the open question, "What if a student at Virginia Tech had been legally carrying a concealed weapon that day and willing to kill Cho?"

Since I was helping to moderate the debate, I tried to limit my own comments, even though I have strong feelings about the issue myself, and conceal carry myself all the time.  However, this is kind of my radio show, so today it will serve as a platform for my own viewpoint, which I will still be allowing someone else to detail.

The Virginia Civil Defense League is a group that advocates for the rights of citizens to be able to carry and defend themselves and others with firearms in the terrible case that one would actually need to.  Its president, Philip Van Cleave is a central figure in the national gun debate, having appeared on more news programs than I could possibly list here and successfully worked on related legislation.

Last year Philip Van Cleave was invited to speak at Virginia Tech by their chapter of Students for Concealed Carry, which is lobbying to allow students to be able to carry handguns concealed on campus.  This is a polarizing idea, and for those of you who are utterly baffled by why this might be a good idea, I thought I'd let you hear what he had to say when he spoke at Virginia Tech to start a logical discourse in your own mind.

I'll begin by noting the statistic that I brought up at the Flying Brick, which is that guns are used in the defense of the self and home more than 2.5 million times every year, and in more than 90% of those cases, no one is even injured.  The gun is merely brandished or a warning shot is fired.  (Which is why they're not covered by the news, and we only end up hearing about unfortunate deaths.)   About 80% of these defenses were with a concealable handgun.

Starting there, I'm going to hand the show over to Van Cleave, an ex-deputy sherrif, who starts by explaining what has become a sort of mantra for the VCDL:

"When seconds count, the police are only minutes away."