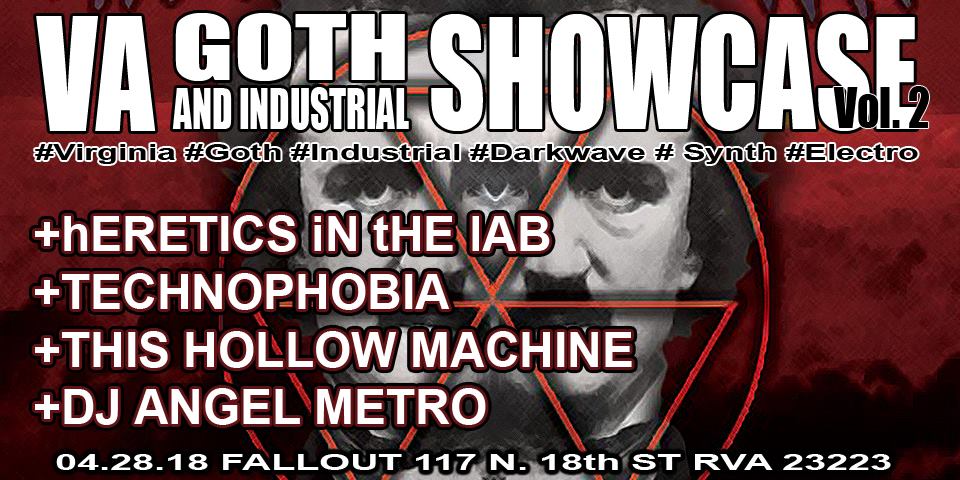 tonight’s show get started with music from Heretics In The Lab, Technophobia, This Hollow Machine, Roseclouds (new stuff!), League Of Space Pirates, Carpenter Brut, Gost, and Gothic Lizard….all these killer bands will be playing in Richmond and/or the surrounding areas in the next two weeks!

also on the show tonight, new music from The Search, Vericella, and Nuke Everything!

and if that’s not enough…i’ll be playing tons of other incredible songs as well, including your requests!