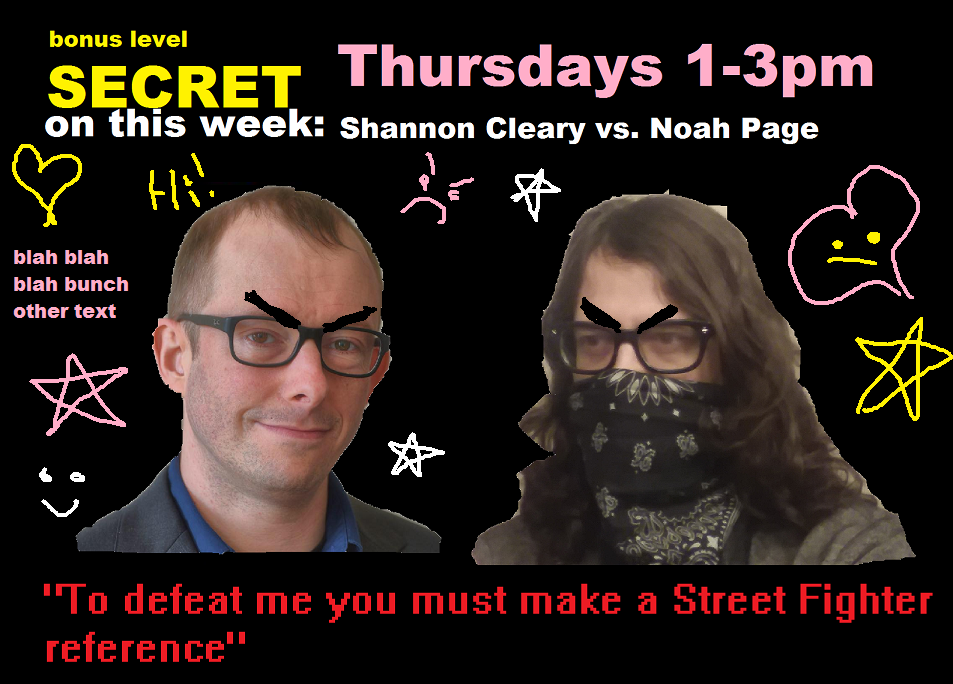 Click HERE to replay this episode of Secret Bonus Level!

Due to some unknowable technical error, this week’s episode of Secret Bonus Level did not air. Instead, last week’s episode played again this week. But the station was nice enough to let us run the new episode we recorded for this week tomorrow, Friday 6/5 instead! Tune in 1pm-3pm to hear it! Nevos Tyler is on it!

Shannon Cleary: talented musician, respected public figure and renowned radio personality OR the man behind ever single attack on your GOD GIVEN American civil liberties since 2004 GOD BLESS AMERICA? YOU decide on this special episode of Secret Bonus Level where Noah Page asks Shannon the REAL questions, like, “Why is my show so much better than yours?”

It’s Bonus Level’s first show during it’s new time and we’re honored to have Shannon on for an interview AND he was kind enough to pick half the music for today’s episode and give us a feel for his own taste in Hip-Hop. What I nice guy! Oops, I mean: What a terrible guy!