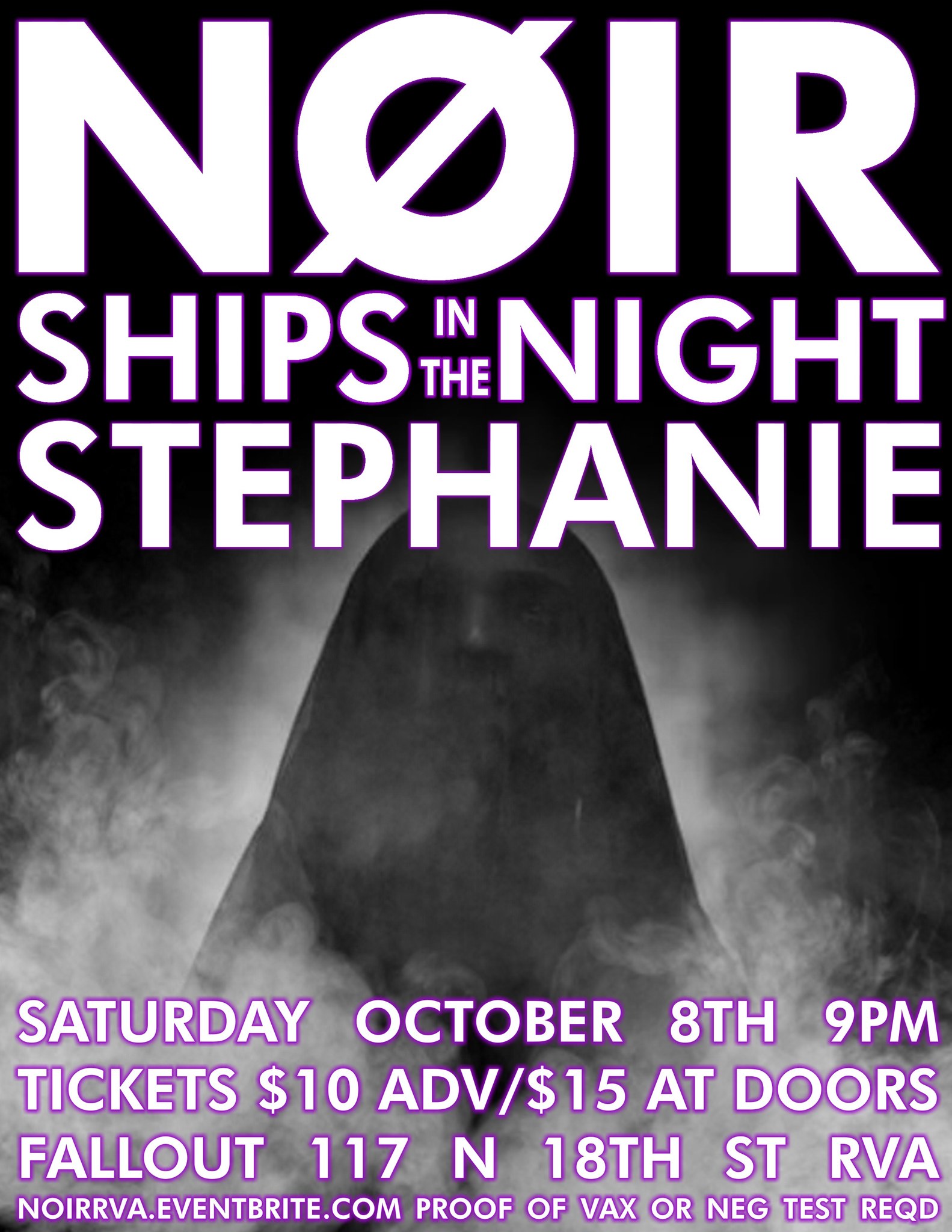 Athan Maroulis will be calling in for a live phone interview on tonight’s show! His band, NOIR, will be playing here in Richmond this coming Saturday at Fallout with Ships In The Night and Stephanie! Athan is a legendary singer who has been performing with some of the most recognized bands in the scene since the ’80s…Spahn Ranch, Fahrenheit 451, black tape for a blue girl (just to name a few)! And his current project, NOIR, has carried on that legacy for almost 10 years now! He’s also been a major player behind the scenes helping some of the biggest names in the scene today get their start early on!
We’ll be playing tunes from all the bands playing this show Saturday night in Richmond, plus many more songs from other bands playing here in Richmond and D.C. in the next two weeks!