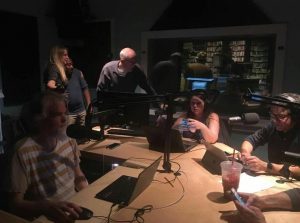 That’s right, I have to do it folks. Today is the day we’ve been building up to for over a YEAR, so I’m blasting exciting upbeat, occasionally critical songs about politics and knowing your rights.