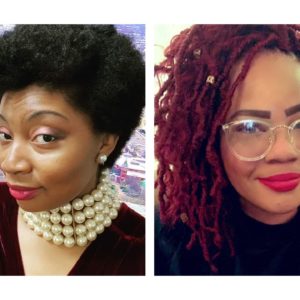 On today’s show we sit down with Jewel Jordan, community activist and community organizer. She founded and is the Executive Director of Brown Virginia, a non-profit that provides a diverse and balanced voice to issues of importance in minority communities and Jewel was just appointed to the Maggie L. Walker Initiative Citizens Advisory Board here in Richmond.

Jewel Jordan was born and raised in Portsmouth, VA and is a proud graduate of Norfolk State University with a Bachelors in Sociology and Iowa State University, where she graduated Magna Cum Laude with a Masters in Sociology with an emphasis in Social Disorganization, Victimization and Community Cohesion. In May 2012 she became a Fellow with the Obama for America campaign. It is here where her passion for civic engagement, community advocacy and organizing developed. After the re-election of President Obama, Jewel would continue her work on various state and local elections through her creation of the Suffolk Young Democrats (SYD). With the support of the Suffolk Democratic Committee, Jewel served as President of SYD from 2013 to 2015 and was able to organize numerous community engagement events, such as political education forums, voter registration, school supply and food drives. In 2017 Jewel took her gifts to Richmond, VA and began her work as an Assistant Legislative Aide for the Office of Senator Lynwood Lewis and the Office of Delegate Luke E. Torian.Jewel is a graduate of the Virginia Progressive Leadership Program, a Life Member of the NAACP, a former Suffolk Chair with the Hampton Roads Young Democrats, a former member of Urban League of Young Professionals Greater Richmond,  has worked with the Virginia Civic Engagement Table as an Organizer for the Youth Virginia Votes Center-Richmond.