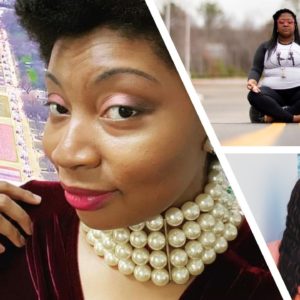 Amanda Lynch is a trauma-informed specialist at Greater Richmond SCAN and a best-selling author and founder of Rethinking Resiliency. She is a graduate of Mary Baldwin College, where she received both her undergraduate and graduate degrees. She is a licensed educator and an expert in trauma-informed practices and mindfulness in the classroom. Lynch began working as a Special Education teacher in Richmond Public Schools in 2003. Amanda began practicing yoga in 2013 and instantly recognized the countless healing benefits yoga has to offer. She completed her RYT-200 in 2019. As a native of Glen Allen, she was very naïve to the poverty and trauma that plagued many of my students and their families. She sought out more information about substance use disorder, cultural responsiveness, and historical trauma as she navigated the systems and resources that could best support her students both in and outside of the classroom. For nearly twenty years, Lynch worked in a variety of capacities in public education, and briefly in correctional education.  It wasn’t until 2006 when her best friend, Angel J. Jackson, and her father, Herbert Sharpe, Sr., were brutally murdered that she truly understood how deeply trauma could impact an individual and their family. This single event changed the trajectory of her career. She calls upon both her lived and professional experiences as she engages in advocacy work.

Chloe Edwards is the Policy Analyst at Voices for Virginia’s Children. She leads policy and advocacy work in domains related to the social determinants of health (SDOH) with a focus on healthcare, family economic security, trauma-informed care and equity. In 2020, Chloe launched Virginia’s first Racial Truth & Reconciliation Week, which was recognized by Governor Ralph Northam. Now, the initiative has evolved into a campaign that empowers the voices and experiences of marginalized communities in acknowledgement of truth to promote healing, reconciliation, and justice. In implementation, Chloe shapes the campaign’s policy priorities and provides support to the coalition. During the 2021 GA session, Chloe helped lead efforts to successfully recognize racism as a public health crisis in Virginia, making the state the first in the south.  Prior to Voices, Chloe served as director of Connecting Hearts to solve Virginia’s child welfare crisis. In 2021, Chloe was recognized by The Valentine as a Richmond History Maker for the social justice category. In 2020, she was named on Style Weekly’s top 40 Under 40. She also received the Outstanding Service Award from Connecting Hearts in 2018 and she was named Radio One Richmond’s top 30 Under 30 in 2017. Chloe holds a Master of Public Policy in Leadership from Liberty University and completed the Minority Research and Law Institute Program at Southern University and the University of Virginia’s Sorensen Institute for Political Emerging Leaders program in 2019. Chloe currently serves as the founder of Chloe Edwards, INC and president of Black Lives Matter 804.

Chloe can be reached at [email protected].