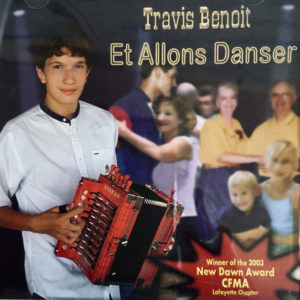 LDH is Virginia’s sole regular outlet for music and cultural information from Louisiana. Tonight’s show is an energetic mix celebrating the uniqueness of this show and WRIR. Help us carry on with your most generous donation. THANKS for your support!

Creole, Zydeco, Cajun, Swamp Pop & Lagniappe – that’s the line-up today with DJ Talia. The Creole style of playing French songs was also known as LaLa. Zydeco is an off-shoot or evolution; dominated by the accordion and less to no French lyrics. Lagniappe is a little something extra. Thanks for tuning in and supporting WRIR – airing under-represented genres.

DJs Talia and Bill will each deliver sets on the themes of Women, Covers, and Instrumentals. 5-9p. Allons danser!

Tonight you’ll hear more of zydeco accordionist, singer and composer Corey Ledet–releases from 2009 and 2016 that just arrived at the studio. Thanks for tuning in. -DJ Talia 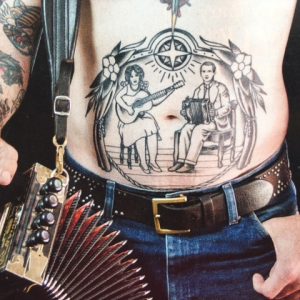 Who dat? Pine Leaf Boys’ Jon Bertrand’s tummy stage for Cleoma Breaux and Joe Falcon. Hear all of them tonight along with new work from Yvette Landry, Lee Benoit and Wayne Singleton & Same Ol’ Two-Step. Thanks for checking out the Dance Hall and the play list, posted as we roll.