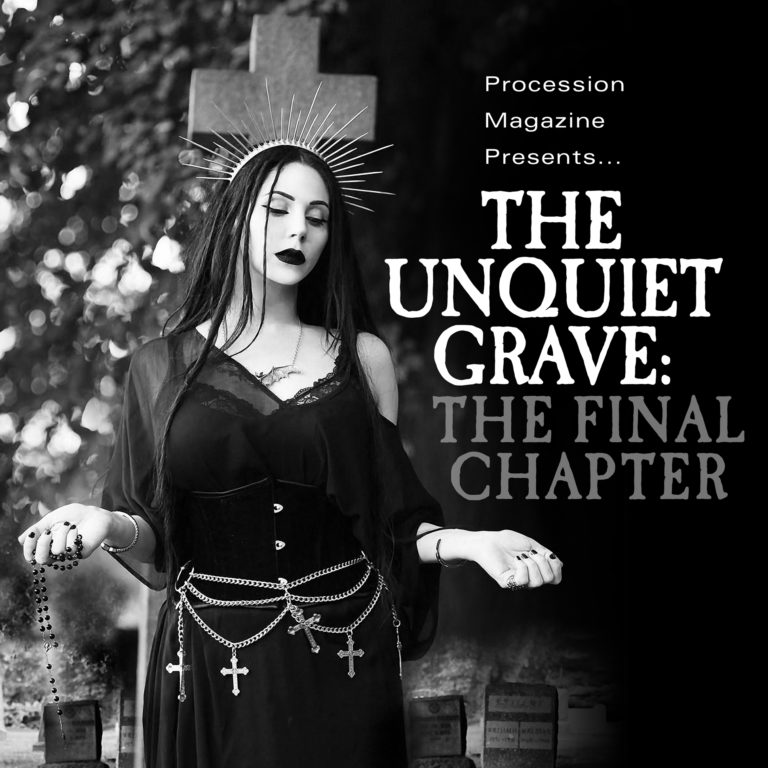 On tonight’s show, one of three listeners that will win a download code for the new compilation Procession Magazine Presents…The Unquiet Grave – The Final Chapter! This compilation is the seventh and last installment of the Unquiet Grave series and features 43 bands ranging from goth, darkwave, industrial, and post-punk! I will be playing you a few tracks from this amazing collection!
Also, on the show tonight, new music from Tragic Impulse, Jarguna & Various Artists, The Adelaidean, SPECTRA-Paris, and HeatWave International!
But, we will start of tonight’s show talking about some amazing shows happening here in Richmond and Washington, D.C., in the next couple of weeks! Shows featuring UNITCODE:MACHINE, Finite Automata, Severed Skies, POLICA, Psyclon Nine, Seven Factor, Our Frankenstein, Kraftwerk 3-D, and Yann Tiersen!