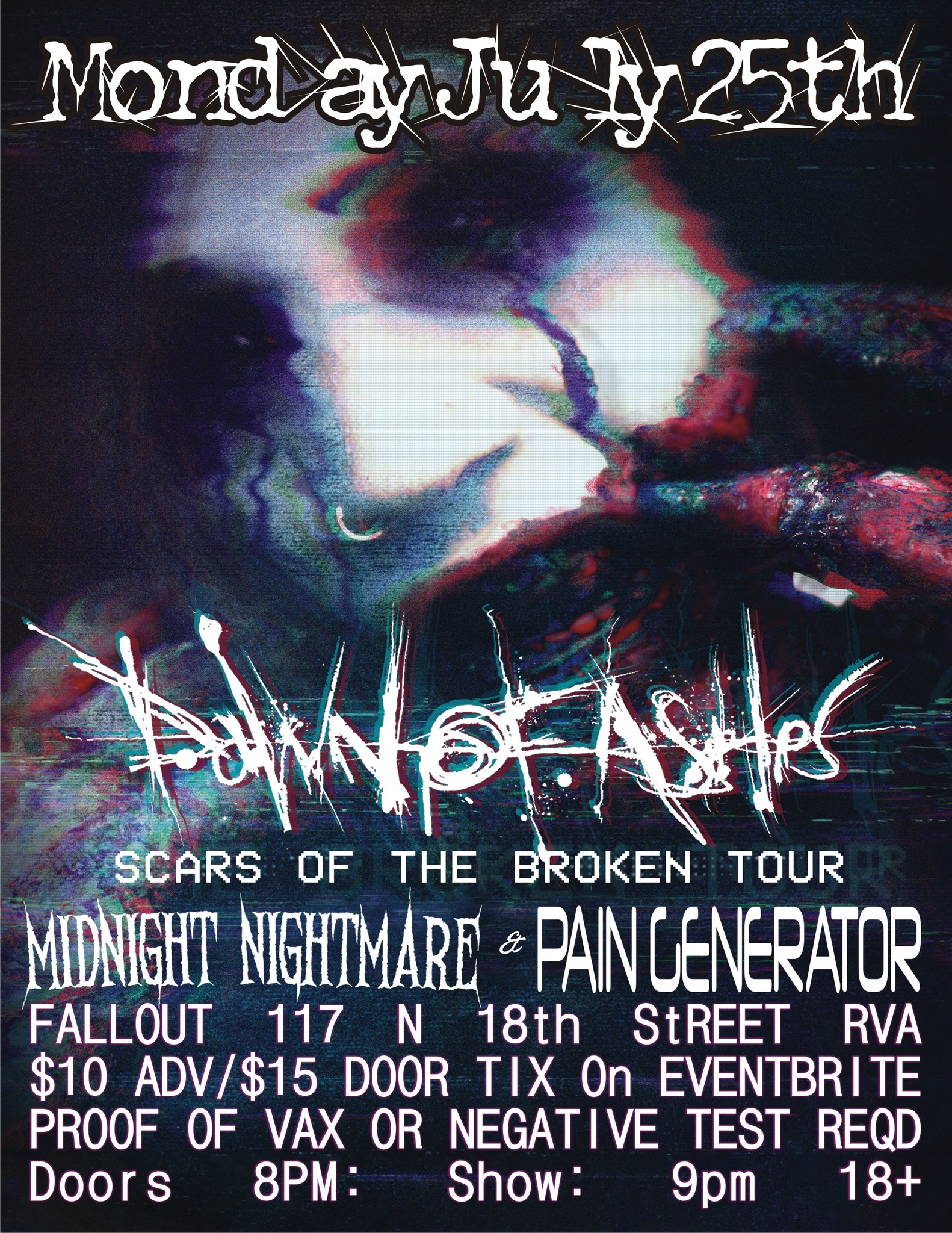 There are a bunch of incredible shows happening in the next couple of weeks! The Cult and Black Rebel Motorcycle Club will be in D.C. at The Anthem next Tuesday the 19th! Also in D.C. on the 19th, you can see Howard Jones and Midge Ure at the 9:30 Club! Miss them at the 9:30 Club? Then you can head east on the 20th and catch them at The Norva in Norfolk! And without having to leave town, you can see True Body, Amulet, Talking To Shadows, and Severed Skies at Fallout on the 22nd! Also playing here in Richmond at Fallout on the 24th are Stoneburner, Chant, and Hunting Dog! And last, but definitely not least, on the 25th at Fallout, Dawn Of Ashes returns to Richmond with Midnight Nightmare and Pain Generator opening the show! Yes, I will be playing you some tracks from all these awesome bands!
Not much new music on Dog germs tonight, but you will hear new music from Robbie Quine and Peter Phippen/Rahbi Crawford/Ivar Lunde Jr.!
All this and more, including your requests!